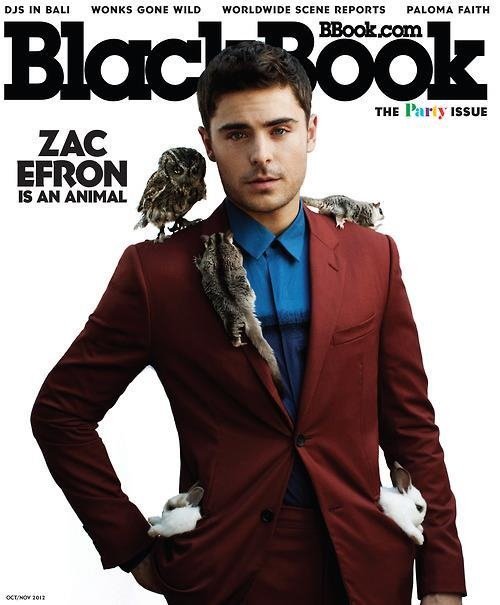 Zac Efron, 24, graces the cover of the October 2012 Blackbook.  Zac poses in this season’s hot color, wine and the cover was shot by Doug Inglish for Blackbook.  Zac is one of a group of young actors trying to transition from fresh faced Disney star to edgy adult.

On the cover of the magazine with the tag line, “Zac Efron Is An animal,” Zac lets cute little bunnies, owls and other animals crawl all over him.

In the magazine Zac talks about his new movie, Lee Daniels‘ “The Paperboy.”  In the movie Zac stars as a budding journalist who falls for Nicole Kidman’s bombshell character and has several scenes in just his underwear.

Below is what Zac had to say about the movie:

“I wanted a project that involved risk. I wanted to see how deep the rabbit hole went and how far I could really push myself.”

Colored Tights: A Fall Fashion Trend You Should Try!