The Carrie Diaries Sneak Peak: Will It Go As Big As Sex And The City? 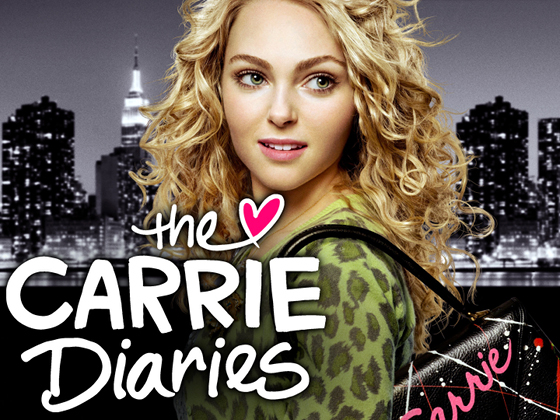 For those of you old enough to be totally enamored with the HBO hit series Sex and the City, you know that it is all-but impossible to duplicate the comedy and lovable characters. Whether you’re a Carrie, Sam, Charlotte, or Miranda, the show represents the hard working, successful, modern woman, and does so with wit and amazing fashion. The CW is going to try their hand at launching the next big thing, taking inspiration from Candace Bushnell‘s prequel series, The Carrie Diaries. The books look at Carrie Bradshaw‘s life in high school, in 1984 to be specific. The series will start with Carrie’s move to the big city, chronicling her life before Sex and the City.

The CW knows how to make hit series, whether it’s supernatural/paranormal Vampire Diaries, or Sex-and-the-City-for-kids Gossip Girl (which wraps up in 6 episodes! How will we live without Blair and Serena?), they’ve got the talent. (Let’s ignore their most recent failure Beauty and the Beast). With AnnaSofia Robb in the title role, I can’t think of a way the show could flop. Fans are desperate for more Carrie, and by tailoring it to a younger audience, they can ensure at least a 5-year run if ratings allow. That’s what we love about this style show–the audience gets to grow with the characters! No offense to Vampire Diaries, but I don’t really feel a girl-power connection to Elena!

You can read all about the red carpet NYC premier here, which one of our writers got to attend. Also make sure to check out the video below. I can’t wait for January–so much amazing television is heading our way! Will you be tuning in, or sticking to the NY socialite classics of Gossip Girl and Sex and the City?