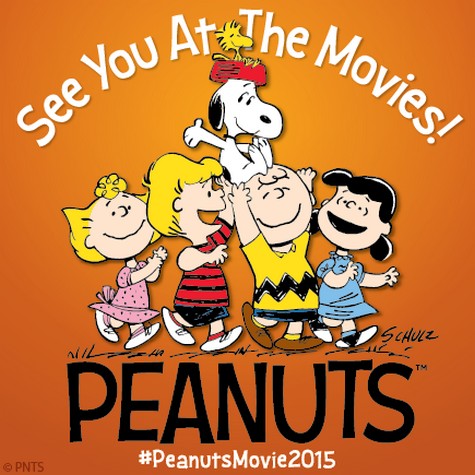 Great News! Our favorite comic strip is coming to the big screen in 2015.

Peanuts Worldwide, a joint venture with Charles M. Schulz Creative Associates, will release a PEANUTS feature film worldwide in 2015. The film is based on creator, Charles Schulz’s, iconic comic strip. Snoopy, Charlie Brown and the rest of the gang are among the most recognized characters in the world.

“This is a momentous step for the Peanuts brand.  The beloved characters, Snoopy, Charlie Brown and the whole gang resonate with multiple generations all over the world,” commented Neil Cole, CEO, Iconix Brand Group. “This film will give us a new medium in which to engage consumers globally and showcase the power of the Peanuts brand, ” added Cole.

Craig Schulz, President, Charles M. Schulz Creative Associates, commented, “We have been working on this project for years. We finally felt the time was right and the technology is where we need it to be to create this film.  I am thrilled we will be partnering with Blue Sky/Fox to create a Peanuts movie that is true to the strip and will continue the legacy in honor of my father.”

Vanessa Morrison, President, Twentieth Century Fox Animation, commented, “We are thrilled to partner with the Schulz family and Iconix and honored to bring the Peanuts characters to the big screen. This all started with our love and respect for the work of Charles Schulz. We thank the Schulz family and Iconix for letting Fox and Blue Sky bring his vision to new generations of film goers.”

This is a movie I will be going to see!  I love Snoopy, Charlie Brown, Lucy and the rest of the gang.  What about you, are you excited to see our favorite comic strip come to the big screen?

How to Deal With a Break-Up – It Does Get Better