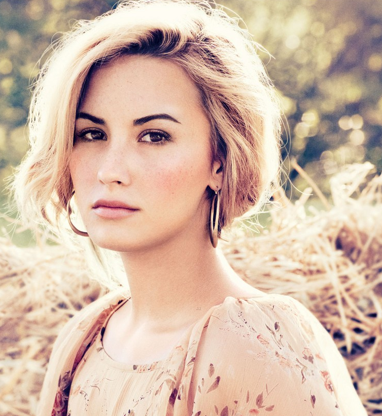 Covering the November 2012 issue of Teen Vogue is 20-year-old Demi Lovato. The X Factor judge looks stunning and natural in a TopShop dress, and she dishes on everything from judging reality TV to rumors surrounding a certain One Direction group member.

Lovato is using her personal growth to help out the singers on X Factor. She says that, “There’s so much more to it than just being a talented singer. I’m going to help them mentally prepare for everything that’s coming—like, all these things that have happened to me recently, I really attribute them to the work that I’ve been doing on myself.” The singer also shared that her own career has seen a boost since coming to terms with her depression:

The second that I became more centered and aware of who I am, my performances got better, and I was better able to relate to people. I was pretending to be someone that I wasn’t, and I was miserable. I came out and said, “I’m human, I’ve got problems, but I’m willing to share them.” I’ve just begun working on my fourth album, and I want to do that in my music too. I’m tired of songs that don’t have much emotion in them.”

Demi is no stranger to emotional songs. As her emotion-filled love ballad “Give Your Heart a Break” tops charts now, Lovato is sure to find future success in other heartful songs. So just how does this superstar balance all her time? “I make sure I spend a lot of time with my friends and family,” she shares. Lovato also admits that she “did a friend cleanse right after rehab, where [she] weeded out people who didn’t have [her] best interests at heart.” The down-to-earth Lovato also admits that she loves being surrounded by real people, and that most of her friends don’t even know her songs!

And as for the rumored relationship between Demi and Niall Horan? Don’t worry ladies, Lovato reveals that while “he’s a really awesome, sweet guy,” the two are not dating. Demi is first focusing on making herself happy before adding a boyfriend into the equation. To read the rest of the details, check out the November issue of Teen Vogue.