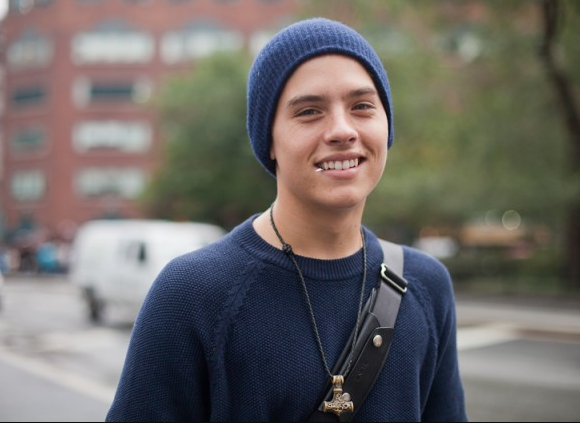 If you have been wondering where 20-year-old twins Dylan and Cole Sprouse have been recently, we have the answer- studying! Dylan is currently a sophomore at New York University, and he opened up to a student working with NYU Local about what he has been up to recently.

Dylan shares that he is focusing on video game design while double majoring in poetry and studio art. In his freshman year, Dylan had the position of president of Third North residence hall. This year, he says he wants to focus on getting “an internship and a job this semester. My dream job is video game designer.”

Dylan showed his draw to video games by explaining, “With video games, everything is the narrative. If you think about it, the way you design it is like mechanics, dynamics, and then aesthetics. As a player, you first see the aesthetics, and then you play and you’re like, ‘Oh, I really like the controls!’ And then you realize the mechanics, so it’s backwards for the player.”

For all those girls out there looking to get close to the old Disney Channel star, we have some bad news- he is no longer single. Dylan admits, “I have a girlfriend. She’s here at NYU, too, but I’m enjoying myself now and college is the greatest place, so it’s nice to have a rock to fall back into.”

So what does the future hold for the ex Sweet Life of Zack and Cody stars? “My brother and I have decided indefinitely that we won’t be doing really anything [film-related] for a while. We will really be dedicating ourselves to academics,” Dylan shares. So if you want a glimpse of the brothers, you will have to visit the campus of NYU.

How to Deal With a Jealous and Possessive Friendship