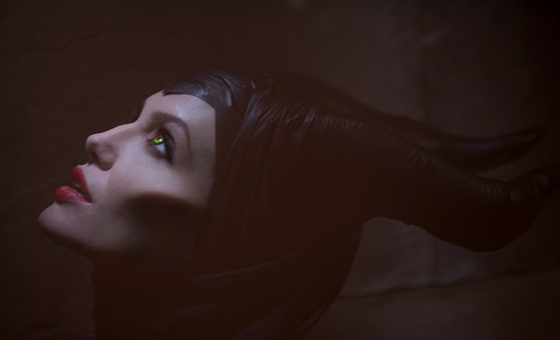 Edgy live action remake of a Disney Princess classic? YES PLEASE. The fact that it stars Angelina Jolie is just icing on the cake. You know the cake I mean, too. The one that’s got a Barbie sticking out of the top with a cake dress frosted like your favorite Disney Princess? I think it was a law that all 7-year birthday parties included one. At least every party I went to did! The world of Disney is about to be shaken by a new twist on an old classic: Robert Stromberg, who has worked on the visual team of about every movie we love, is directing a live action (ie, not cartoon or animated) movie starring Angelina as Maleficent. The plot is under lock and key, but the premise is known: the classic Sleeping Beauty story told from the evil witch’s perspective.

Walt Disney is distributing the film, so I don’t expect it to be much darker than any of the Pirates of the Caribbean films. And I’m dying to know what little juicy details we’ll learn about Princess Aurora, AKA Briar Rose, who is being played by too-pretty-for-words Elle Fanning. I bet that some of big sister Dakota Fanning‘s Volturri evilness has rubbed off on her. In movies where the main character is an antagonist, the original protagonist never gets of scotch free! The film started filming in England this summer, and Elle was caught gushing about the Angelina experience to E! News. A reporter asked her if Maleficent is a scary character.

“You know, it’s like an elegant scary—sort of spooky,” Elle said. “But you get used to it…It’s perfect.”

Maleficent comes out in 2014, and we’ll be biting our nails until then! You can watch Elle’s entire interview here.

Sex God Ian Somerhalder Wants You To Vote: Why The Vampire Hunk Is Stepping Out Of Mystic Falls And Into Washington DC