Gary Head Wants To Get Back With Jenelle Evans – She Says Not A Chance! 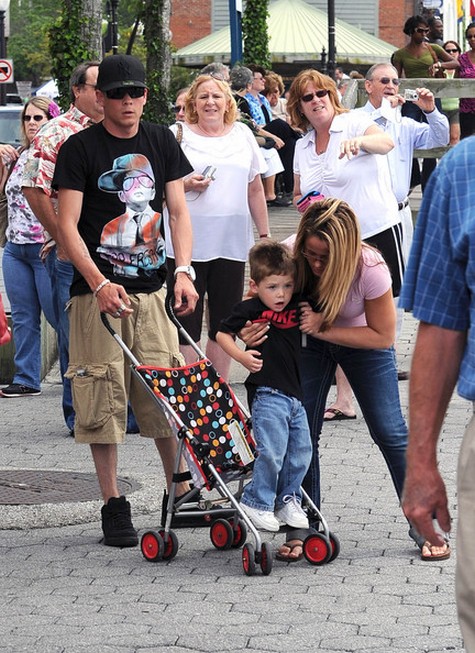 Jenelle Evans, the beleaguered Teen Mom star, took out a restraining order against her abusive ex-boyfriend about two months ago, but now Gary Head wants to be involved in her life again. Gary tweeted the reality television star recently and said that he had hoped “they would one day get back together again.” Not so fast, Gary! Restraining order, remember?

A legal document is not the only reason these two will be kept apart until the end of time, because Jenelle has been involved in a new relationship for the past month with Courtland – no, not a Beverly Hills 90210 pot plant. According to Jenelle, she’s done with the cycle of Gary’s abuse and even if hell freezes over, she won’t take him back ever again. Jenelle also took to Twitter to reassure the fragile, obsessed, nail-biting fans that she’s not planning to reconcile anytime soon, “I’m not getting back with Gary everyone. I’m in a relationship with Courtland and very happy.” We’re happy to hear that Jenelle! We really are glad you were able to heal and move on from your abusive past.

Jenell and Courtland moved in together recently and are extremely serious. They have also been spending time with Jenelle’s son, Jace, which is something that was not a regular occurrence with the abusive Gary. Courtland might be a better match for Jenelle in the end and we only hope that she won’t be stupid and allow Gary into her life again – he is not right for her. They say hindsight is 20/20, but in Jenelle’s case we cannot believe that she held out for so long in such an abusive relationship.

Do you think Jenelle deserves to move on? Do you think Gary is a lunatic? We do! Let us know in the comments below your thoughts on the future of Jenelle.