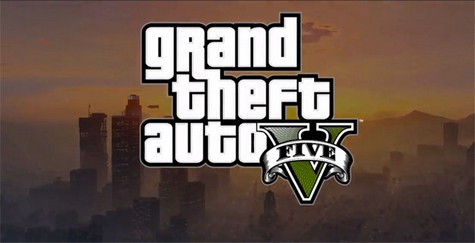 Hardcore gamers unite, because one of the most anticipated games in human history is upon us! Dust off your consoles, cry in the pool and say goodbye to the life you had. No official release date has been set, but rumours are abound in the gaming community that in early 2013 you will quit your job, dump your girlfriend/boyfriend and buy enough Lay’s crisps to last you an apocalypse. Yes, ladies and gentleman, the official Grand Theft Auto 5 is upon is.

Many years ago, when gamers were still smashing buttons on their clunky PlayStation One’s, Rockstar Games slipped in the most anticipated game in modern gaming history – GTA 1. The game’s crass banality made way for a new generation of gamers and an entire generation of old people crying in their milk “about the degradation of the youth.” The game’s premise was simple: You’re a top-down gangster with a penchant for stealing cars, killing people and literally getting away with murder. No, literally, you had to run away from the police when you committed a certain amount of crimes.  PlayStation Two was released and GTA’s entire graphic set-up changed – you were now playing in open world 3D. The playability increased and the addiction levels grew (there’s something about stealing cars and wrecking them to bits), while gamers and critics lauded the GTA series with critical praise. It changed the way we played games and drew as much controversy as it did sales. However, not too long ago, with the release of the third PlayStation, the highest rated game of all time was released, the fourth GTA in the franchise. Oh boy, it broke more records than legs and currently holds some of the highest critical ratings in the history of the gaming industry. We’re not kidding. Google GTA 4 and you’ll see for yourself! The world lived and breathed with characters, realism and a kick-face storyline. GTA 4, violent in design, but addictive in premise, made you the controller of your own destiny and gave you the opportunity to fly, blow up stuff, shoot stuff, crash cars, get jobs on the internet, run from the police etc. The game brought an ammo load of controversy, but gamers united and the fourth GTA in the franchise became the fastest selling game in history.

Now, not too long after the fourth release, the fifth game in the franchise is almost upon us. The screen shots already made us drool on our keyboards and the official trailer video gave us goose bumps. We’ve dismissed our lives as bleak in comparison to the world we will be experiencing very soon. Are you ready readers? Head on over to http://www.rockstargames.com/V/ and experience it for yourself. Remember, GTA is released with an age restriction for a reason –  being a rebel is so 1995.