How to Deal With Bullies and Bullying 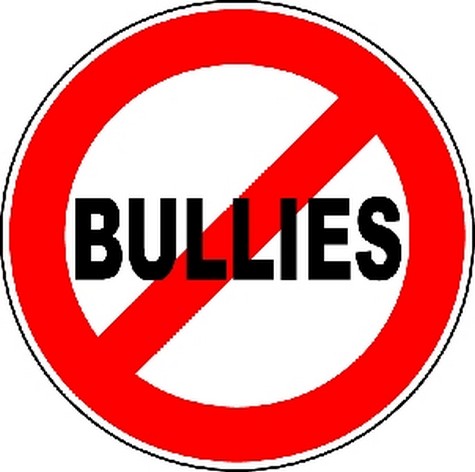 The recent Amanda Todd story drew the world’s attention to the impact of cyber and physical bullying. The story of her silent struggle captivated us and brought new emotions to the bullying battleground. The Amanda Todd tale is one of courage, resilience and a final chapter in what should be the last victim of bullying.

They don’t like your hair, your face, your parents, your attitude, your life, your relationships etc. They taunt you on a daily basis and force their ignorant prejudices upon you. The advent of social networking merely accentuates the bullying, as the safe haven of your room is now invaded by horrific jabs and terrible, snarky remarks on Facebook, Twitter and Tumblr. Nowhere is safe anymore and you’re quickly spiraling out of control. Sounds familiar? 1 out of 4 of all United States scholars experience this on a daily basis. Bullying leads to self-reflection, this leads to low self-esteem, which leads to unhealthy coping methods, which leads to depression, self-harm and eventual suicide. It’s an epidemic of magnificent proportions. How do you handle the bullying? How do you escape the constant abuse? How do you survive? It is no easy feat, but it is something that can be dismantled and overcome – like an atomic bomb’s timer.

According to Rabbi Shmuley in a recent O Magazine article, “Never show fear before the bully.  Don’t respond to him, but don’t run from him,” Rabbi Shmuley says. “Just go about your normal business as if he or she is not there.” He also says that you should make it clear to the bully that you will report him or her, “When the bully says, ‘You’re a crybaby and tattletale,’ be firm and say, ‘I told you I am going to report you [to a teacher]. I am not afraid of you, and I don’t care what you say.'” Rabbi Shmuley also urges bullied teenagers to immediately report the bullying, “Go straight to the teacher and, better, to the principal,” he says. “Also, go home and tell your parents.” However, the biggest mistake you could make says Rabbi Shumley, is by bullying the bully back, “You will lose your innocence.” Therefore, it is very important that you do not show equal aggression to your tormentor.

If you are being bullied at school, don’t let the bullies win by taking the abuse out on your own body – rather stand up to them and fight for all it’s worth. There is always the shining light of someone willing to help you in your time of need, but it is up to you to find this light and dispel the darkness of bullying. It is never too late to tell the world that you’re being bullied, and always remember that it is not something to be ashamed of. You’re not weak and/or less than due to being bullied; you’re a target of someone else’s ignorance.