Kristen Stewart Is Worried Twihards Will Kill Her For Cheating Scandal 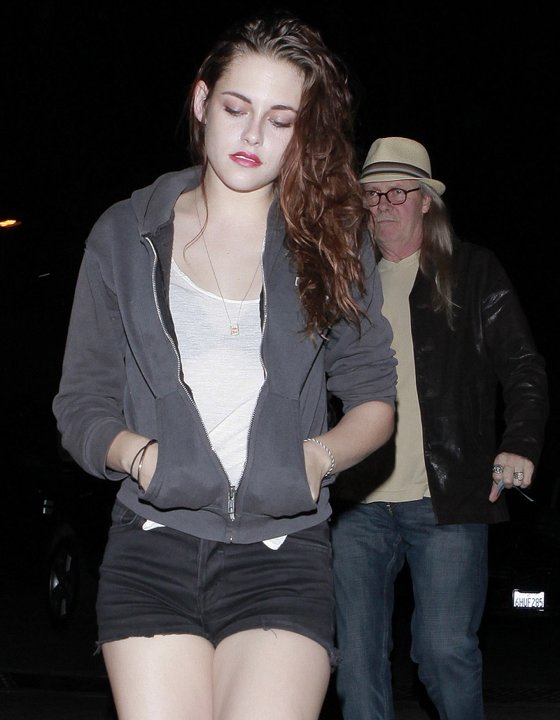 Guys–violence is never the answer! Write a scathing blog post, or host a Twilight mockery DVD party. Since news of Kristen Stewart‘s affair with Snow White and the Huntsman director Rupert Sanders broke, the young Twilight star has been getting a lot of hate from fans. For many, the relationship between Kristen and Robert Pattinson and Edward and Bella is one and the same, so they saw their dreams crushed when real life didn’t mirror the book.

That is legit fear! Although Kristen issued a public apology and is back together with Rob, the hate hasn’t stopped. Since they are international celebrities, they have a huge following, making it hard to disappear from fans. Besides cluing us in on her obvious lack of Twitter vocabulary (“everyone’s twittering” and “someone’s going to twitter my location”), Kristen is totally justified in her fear. No matter what is going on between her and Robert, she should be able to go out and trust that no one is going to go Norman Bates on her.

You can read Talia’s book Robert Pattinson, Kristen Stewart and Taylor Lautner – In Their Own Words, which was released in September. It is available by Amazon for Kindle. What do you make of all of this? Sure, she cheated, but she certainly shouldn’t have to live in fear of an angry Twilight mob. I think it’s time for Twihards to separate fiction from reality and leave Kristen and Rob to figure out their relationship.

Kate Middleton Teaches Us How To Be Princesses — By Gardening