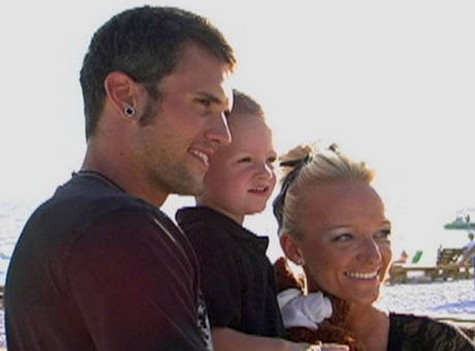 Maci Bookout and ex-boyfriend Ryan Edwards’ relationship collapsed and died on the MTV hit, “Teen Mom” and now, for the first time, both Maci and Ryan reveal shocking and exclusive details about their doomed relationship. During the “Teen Mom” farewell special, Maci spoke out about her relationship and engagement to Ryan. According to Maci, she knew deep down that marriage was not for her, even though the relationship wallowed in the wedding planning phase for several months.  Ryan, on the other hand, did not see the relationship in the same light as Maci and said that he only agreed to the wedding in order to keep some people happy in his life. That’s harsh dude, really harsh.

Maci was obviously hurt after the Teen Mom special airing and tweeted afterwards, “Wow. You’ll never get anywhere with that ego in your way.” This is not just a sad situation, but is also a slap in Maci Bookout’s face. We’re already used to the post-Teen Mom fallout which has been circulating the blogosphere for the past few months, but this one really takes the proverbial birthday cake from the hands of a crying toddler.

We know Teen Mom was exploitative social commentary, but certain parts of the show were a bit too tough to handle for most viewers. On the one hand, we’re glad Teen Mom ended its run on television, but on the other hand, we’re actually disappointed in the lack of support many of the Teen Mom participants experienced post-television show. Fame and fortune might be fantastic, but these people still have a truckload of unresolved issues that stem from the show which might never, ever be dealt with professionally.

Gary Shirley Talks Raising Daughter Leah: He Has Not Told Her Mom Amber Portwood Is in Jail