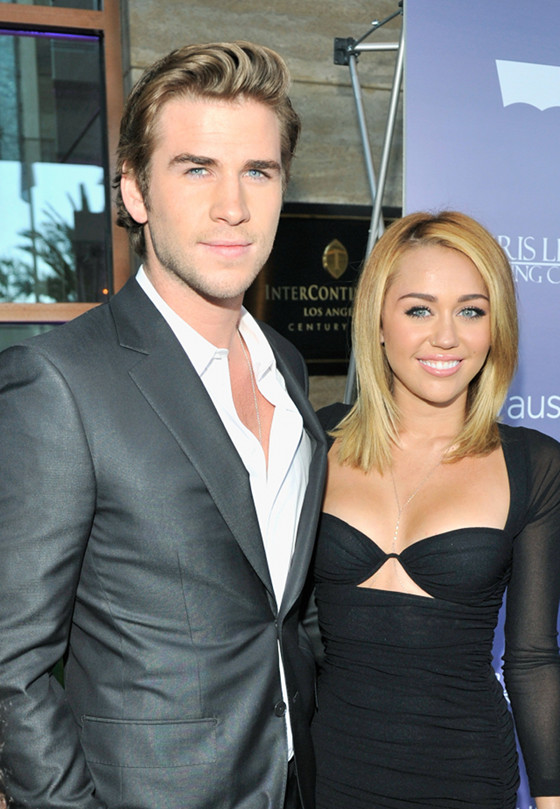 At least they’re tasteful, instead of huge pictures of the other or something equally morbid! Miley Cyrus has gone under the needle 14 time already, and today she took to Instagram to show off her latest tattoo–and surprised us by showing off her husband-to-be Liam Hemsworth‘s paired tattoo. 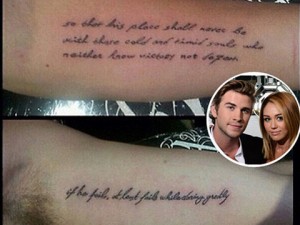 Miley’s tattoo reads, “So that his place shall never be with those cold and timid souls who neither know victory nor defeat.” The quote is taken from former US President Teddy Roosevelt‘s 1910 “Citizenship In A Republic” speech. She’s had it since July. The photo shows Liam’s forearm, marked wtih, “If he fails, at least fails while daring greatly.” It’s another quote form Teddy, and is written in matching font.

I normally wouldn’t condone getting matching tattoos, but I think these work for a few reasons. First, Miley has had hers for months, and so obviously Liam was inspired by it and chose something similar. Also, it isn’t identical or a matching set, they are both Teddy Roosevelt quotes in the same font. If they ever split (knock on wood) they won’t be left with each others names in gaudy cursive, or big portraits of each other.

Miley and Liam have been together for several years, having met on the set of their film The Last Song. It seems like they have a pretty stable relationship (except for her drug use, lap dances, girly make out sessions–you know, a normal day of activities), and they aren’t rushing into marriage. The couple have rescued several dogs together, which is a great way to take a relationship further without wedding bells or babies!

How to Deal With a Jealous and Possessive Friendship