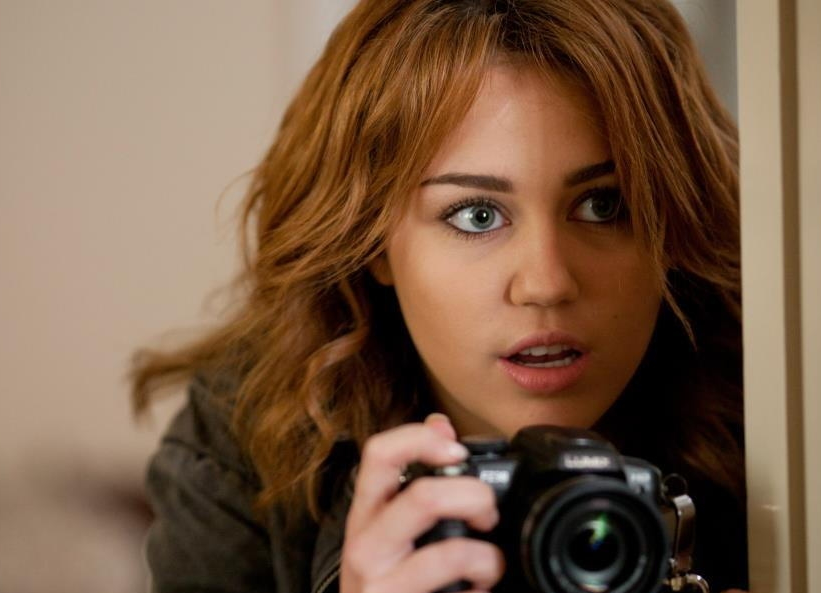 The new trailer has been released for Miley Cyrus’s latest movie, So Undercover. In the film, Cyrus plays an undercover cop who is hired by the FBI to attend college. She must work her way into a sorority in order to protect the daughter of an ex-Mobster. The movie follows Cyrus’ transition into the college lifestyle and sorority standards.

Megan Park recently talked about what it was like filming the movie. She said, “That was probably the most crazy two months I’ve ever had. We filmed in New Orleans and it was a whole group of girls living in a hotel together the entire time. The first week, they sent us to a sorority bootcamp with a real sorority. It was a really cool group of girls and we were just ridiculous together all the time.”

In movie stills for So Undercover, Cyrus is seen getting close with Josh Bowman’s character, even locking lips with the British Revenge star. Bowman plays a college boy who captures Molly’s (Cyrus) heart, but could he be the suspect?

Some of Miley’s other costars include her real-life best friend Kelly Osbourne, Autumn Reeser, and Jeremy Piven.

The movie, which was filmed in 2011 and and before Miley’s major haircut, is set for release on December 7. Are you are excited to see Miley on the big screen again!