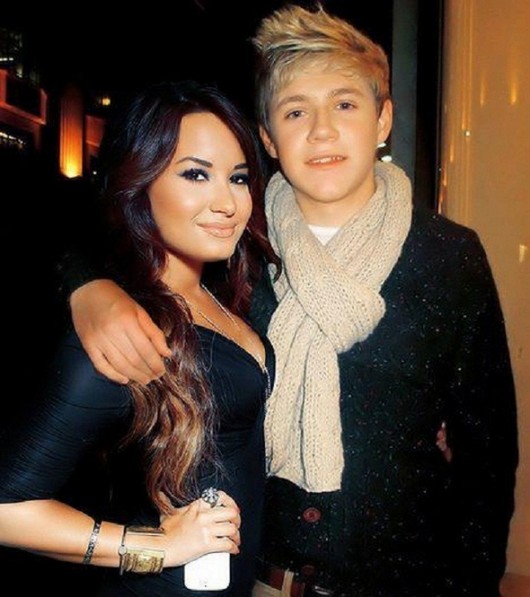 The X-Factor super group, One Direction, is one of the biggest selling UK boy bands in human history. The young group of singers achieved fame at the hands of their mentor and ex-judge, Simon Cowell, who also initiated a “friendship” between the blue-eyed Niall Horan and US X-Factor judge, Demi Lovato.

Niall’s band mate, Harry Styles, has received the most female (and male) attention in the UK, but over in the US of A, everyone from Katy Perry to Demi Lovato admitted that Horan is their favourite One Direction star. Aww, isn’t that just dandy? The cutesy-faced Horan opened up to Now magazine about his friendship with Demi, how they met, and most importantly, whether they’ve kissed or not. Horan said about their initial spark, “What actually happened was that I always used to say in my interviews that I liked her and she also said she liked me. We got in contact through Twitter and we just started chatting and became friends.”

Ah, the joys of social media, right Niall? It connects star crossed lovers, rekindles burning friendships, and connects two of the biggest music stars in the world. How could we possibly exist without the Twitter landscape? They do not only chat on Twitter, because according to Niall, “She always texts me to see how I am. But nothing ever really happened.” Oh, is that so? That’s odd, seeing that you both shared a dinner date after the MTV Video Music Awards. Niall admitted that they never kissed during this little romantic liaison, but don’t put that completely behind him, because when he was asked by Now whether they shared salive, he responded with a hopeful, “No, no – I wish!”

The love struck teenager also opened up in the interview about Demi’s personality, “Demi’s one of the nicest girls I know. She’s super-cool. When I’ve been in LA and had a few hours to myself, I’ve seen her a couple of times.” You should go for it Niall, as not only will you appease the legions of fans, but you’ll also create a perfect music industry symbiosis. Simon would be so proud of his children…