Pippa Middleton Is A New Woman: Describes Struggles After Her Bum Became Famous 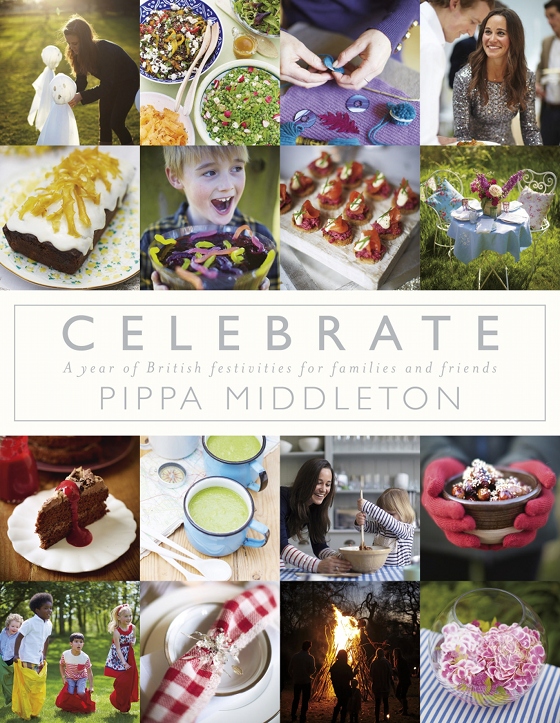 Jaws dropped 18 months ago when Pippa Middleton lifted Kate Middleton‘s train during the royal wedding. After months of secrecy we were finally seeing the royal wedding dress, but more than that, we realized that Kate isn’t the only Middleton to get excited about. Within hours, Twitter crashed because millions took to the site to tweet about Pippa and her gorgeous hourglass figure. She’s inspired workout groups, diet plans, and even plastic surgery, but what does Pippa think of this crazy wave of fame? This is a woman who has been an athlete her entire life, competing in cross country skis through Sweden, triathlons across Britain, and daily Pilates lessons. Pippa is notoriously quite, and has never given an interview. Her chance to speak out has finally arrived–in the form of her new book, Celebrate: A Year of Festivities With Family And Friends. Although the book won’t hit shelves until 30 October, part of her forward has been released.

“It’s a bit startling to achieve global recognition (if that’s the right word) before the age of thirty, on account of your sister, your brother-in-law and your bottom. One day, I might be able to make sense of this. In the meantime, I think it’s fair to say that it has its upside and its downside. I certainly have opportunities many can only dream of, but in most ways I’m a typical girl in her twenties trying to forge a career and represent herself in what can sometimes seem rather strange circumstances.”

I’m sure it would be! All she’s done is have a big sister! I must applaud Pippa for several reasons. There are so many desperate people in the world (men and women) who would jump at the opportunity to use a family member for fame. Look at Kate’s stripper cousin Katrina Darling, who has been taking New York City by storm, and is rumored to have signed a deal with Playboy. This estranged relative has all but tattooed her forehead with the words “I am Kate Middleton’s Cousin! I will sell you information!” Considering their close relationship during the first stage of Kate’s relationship with Prince William, I am sure Pippa has a treasure chest full of amazing details. But she keeps it under lock and key. She could build a fitness empire based on her famous bum, but instead has kept to her old job–writing for her parent’s party supplies company, and using that experience to write a book about parties. Sure, it got picked up because of her sister’s fame, but she wrote it, it’s her career.

So let’s all step back into the 21st century and start celebrating Pippa not for her body, but for her career and success–her incredible athletic accomplishments, her new book, steady job, and strong family values. I think she deserves to be known for herself, not her now-royal sister. What do you think? Will you pick up Celebrate for the recipes or for the almost-royal pictures?