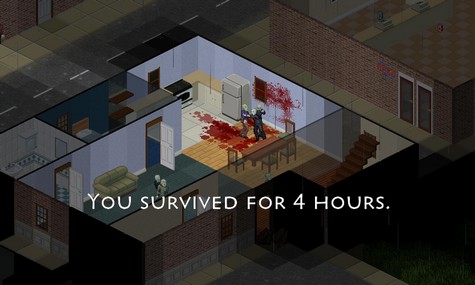 Yesterday, Celeb Teen Laundry brought you news about the greatest zombie game (modification) ever made with DayZ, the AMRA2 modification. Today, we’re following up on the zombie craze and taking you to a small independent studio called The Indie Stone. The game is called Project Zomboid and is already touted as one of the most strategically realistic zombie games ever made. The game is set in a post-apocalyptic zombie world and the player has to survive for as long as possible. The usual zombie games usually force the player to survive, die and try again, but not in Project Zomboid – the player knows with the opening credits that they will die. There’s no happy ending and no helicopters with large guns that save the civilians from doom. It is you against a horde of zombies in a small town.

Project Zomboid sets itself apart from the usual zombie drama by forcing the players to construct a stronghold in abandoned houses, apartments and stores. The player has to compete against a zombie horde, hunger, thirst, broken bones, fevers, food poisoning, boredom, cold virus, power failures and the eventual water works failure. There’s no set way you’re able to play the game and there’s no running outside and shooting zombies in the head. Every decision you make in Project Zomboid leads to a different death. There’s an exciting survival thrill behind the Project Zomboid idea, because certain actions will yield some startling results. In our first play through of the game, we survived for less than three days – a zombie broke down a window outside our stronghold and entered the house during the night. Our character awoke to the doom noises of a zombie in the attic, went up to investigate and was bitten by a hungry undead neighbor. Our character set out on a long voyage in the dark night to find anything that might lessen the excruciating pain he had to endure from the bite. He made it as far as the convenience store, but he switched on the lights in the store and the millions of zombies crawling through the streets were drawn to the light. Our character was eaten by 20 hungry dead people.

The graphics are what you’d expect from an independent game. The cartoonish/Sims 1 style works in many ways, but the graphics still suffer from severe bugs. The game play is marred with game breaking errors and nonsensical sound loops, but by the gods of games, it is so addictive! You have to understand; Project Zomboid is still in a pre-release development phase and only with every new release is the game changed to suit the players. Many players have theorized that the Project Zomboid we know from the latest build, will not be the same Project Zomboid after the official release. This is possible, but the core structure we currently experience as lovers of the zombie genre makes this one of the most exciting and anticipated releases in independent gaming history.

A few clones will surely be popping up in the near future, with many Project Zomboid-like game websites already popping up left, right and centre. Don’t let those fool you. Project Zomboid is the best of the bunch. You can only currently buy Project Zomboid from the official site and those devious little ones among us who wish to illegally download the game, don’t. You’ll not only force the developers to lose money, but you’ll also be stuck with a game that is unable to save and no official developer support. Don’t be a pirate, be a zombie killer!

Gary Shirley Talks Raising Daughter Leah: He Has Not Told Her Mom Amber Portwood Is in Jail