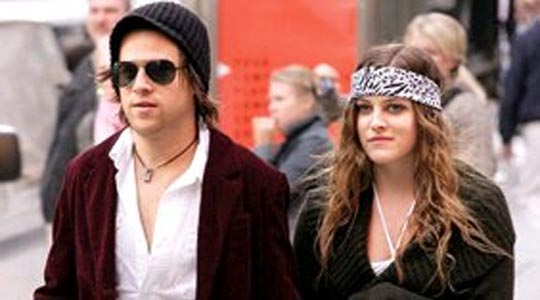 Riley Keough and Ryan Cabrera are back together. According to a latest RadarOnline report, the couple reunited after Ryan helped Riley through her split from Alex Pettyfer. A source close to the situation told Radar, “Ryan and Riley have been dating under the radar for a few months. They got back together after Ryan reached out to her to offer some comfort following Riley’s painful split from Alex. Despite splitting up and moving on with other partners, Ryan and Riley have always held a torch for one another.” Riley and Alex Pettyfer’s relationship was initiated by Magic Mike, where the two met one another, began dating in September of 2011, and got engaged later in the year. However, in August of 2012, a National Enquirer report revealed that Lisa Marie Presley was “secretly thrilled” that Riley and Alex were not together anymore.

Allegedly, Ryan is also so desperate to make the relationship work that he has been spending time with Riley’s mom, Lisa Marie Presley, “In the meantime, he’s been putting the effort in with Lisa Marie. He’s had dinner with her and Priscilla on a few occasions, and he even went and supported Lisa Marie on her latest tour.”According to the source, Ryan and Riley have rekindled their 2006 relationship by being more mature, and less rebellious, “The two had a tempestuous relationship, but they were young and both were going through rebellious phases back then. Now, they’ve come to the realization that they are each other’s first loves and they’re always been super tight, despite numerous break-ups in the past.”

Riley is currently shooting a film in Namibia, but the source revealed, “When she gets back she can’t wait to see Ryan.” Do you think Riley fits better with the much older Ryan? Do you think their relationship will work out this time? Let us know your thoughts in the comments below.