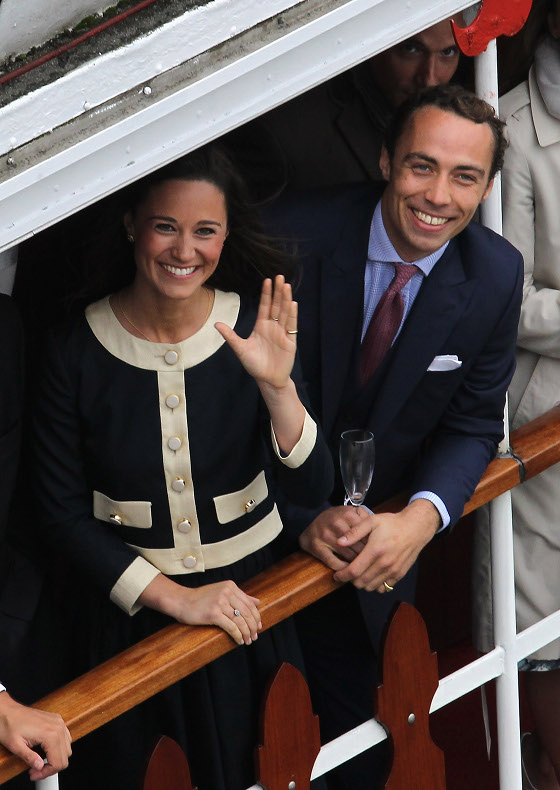 As the black sheep of the Middleton family, James Middleton is quite used to being in the news. Whether it’s photos of him in a french maid’s costume, mooning friends in a field, or partying and drinking, he has few secrets left. I guess that’s what happens when your big sister marries the future king of England, your private life comes out. Since the year of major scandal has past, James has been trying to lay low and focus on his new business, the Cake Kit Company, which sells kits for themed parties. It may seem that he, like big sister Pippa Middleton, is milking the family company Party Pieces for all it’s worth, but he’s actually reported to have a good ethic. But things haven’t always been so smooth for the almost royal.

James received a lot of attention after he was asked to read a Bible passage during 2011’s royal wedding. Instead of reading from the traditional Kings James version of the text, he chose to read from the New Revised Standard version, which may seem petty to you or I, but the royals, above all else, want tradition. His speech was flawless, though he was visibly nervous (and quite rightly!). It’s only just come out what happened behind the scenes; James, who was diagnosed with dyslexia at the age of 11, opened up about the immense pressure and fear he felt.

“I had to retype the whole of the reading phonetically, and that’s how I learnt it. In that way I became confident in it, and then I felt I was perfectly capable of doing it. At the end of the day, whether it was in a little church or Westminster Abbey didn’t matter, it was me, as a brother, doing a reading for my sister and her husband at their wedding and I wanted to do it right.”

Dyslexia affects millions of children, making it difficult to concentrate on letter shapes. This, in turn, makes reading severely challenging. Although he may seem like a party boy, James has overcome a lot–both in school and life. He explained the stress of being accepted into Malborough College, whose name he could barely remember how to spell. At school, he tells “There was a certain amount of teasing but I built up a bit of resilience and I was competent in other areas. There were other boys in the same boat, too.” I think this is a terrific example of resiliency and family support. He has spoken on behalf of the British Dyslexia Association, which seeks to raise awareness and help for those with the condition. If you struggle with dyslexia, remember: if he can read a bible passage in front of 2 billion viewers, you can too. It just takes baby steps!

The Carrie Diaries Sneak Peak: Will It Go As Big As Sex And The City?