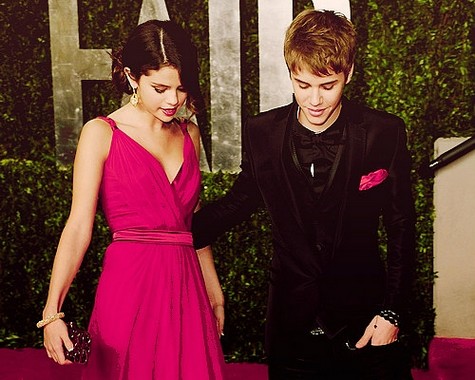 Break up rumors seem to swirl around Selena Gomez and Justin Bieber nearly every week, but it seems that beneath all the innuendo lies a real problem. According to Radar Online, Selena is battling some serious jealousy issues. The former Disney Princess likes to pick fights with Justin over ridiculous things and some say it has turned into a relationship of convenience for her.

“Selena can be so dramatic about Justin’s exes, who aren’t even in her league! They both engage in really petty arguments and it’s killing their relationship. Justin’s heart is with Selena because she’s his first true love, but Selena is pretty much just riding out the relationship because she knows he’s good for her image. Let’s just say that if for some reason Justin’s star ever fell, Selena would drop him immediately.”

While Justin probably is inclined to try and hold onto his first love, I can totally see Selena pulling the plug on their relationship.  I think he probably is way more invested. If you look at the more recent photos of them together, she is often turning away from him and body language gives you a big clue about a couples’ relationship!  I’m not sure that Selena stays with Justin just because he’s so famous but I think she would rather be linked to him than flying solo at this point in time.

Do you think Selena is still feeling the love or is she sticking around until someone better comes along?  The relationship shocked many by lasting a year. Do you think Justin and Selena will celebrate a second anniversary?  Tell us your thoughts in the comments below!