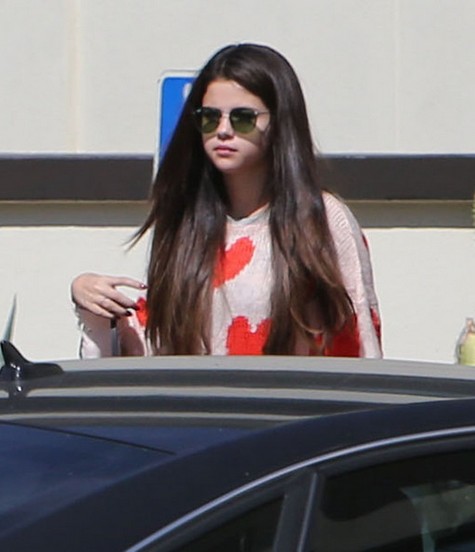 The U.S. elections have always been endorsed and supported by celebrities, so it is no surprise that an election campaign video was released with the likes of Selena Gomez, Zac Efron, Ellen DeGeneres, Leonardo DiCaprio and Amanda Seyfried saying, “Vote 4 Stuff”.  The viral video was released to create voting awareness during the U.S. elections, but luckily, the video and celebrities are completely neutral and do not endorse any specific candidate/party.

The hysterically funny video features the hottest stars in the movie/television industry. They ask during the opening sequence, “If you could vote for anything in life, what would it be?” Selena Gomez says, “I vote, that if you talk about your baby, it’s going to be a really good story.” The wonderful Benicio Del Toro says, “I vote yes on cats. I know they’re up to something, but I like them.” Zac Efron votes “to keep all tigers out of schools” and Selena Gomez “votes yes to anything Zac Efron says.” Efron would also vote for “more high-fives”. In the celebrity montage, the celebrities pull out all of the stops with their nonsensical and caricatured humour. Ellen DeGeneres, as always, shines with her comedic genius and says that she won’t have red and blue states; she’d have “fuchsia and sea-foam, because it’s prettier.”

The final segment of the montage removes the humour from the preceding quips as the celebrities ask, “What would you really vote for?” They then list a topic, respectively, until Jonah Hill ends with, “And if you’re Rihanna, remember, you can get under my umbrella.”

Watch the video to see how cool these celebrities really can be!