Sex God Ian Somerhalder Wants You To Vote: Why The Vampire Hunk Is Stepping Out Of Mystic Falls And Into Washington DC 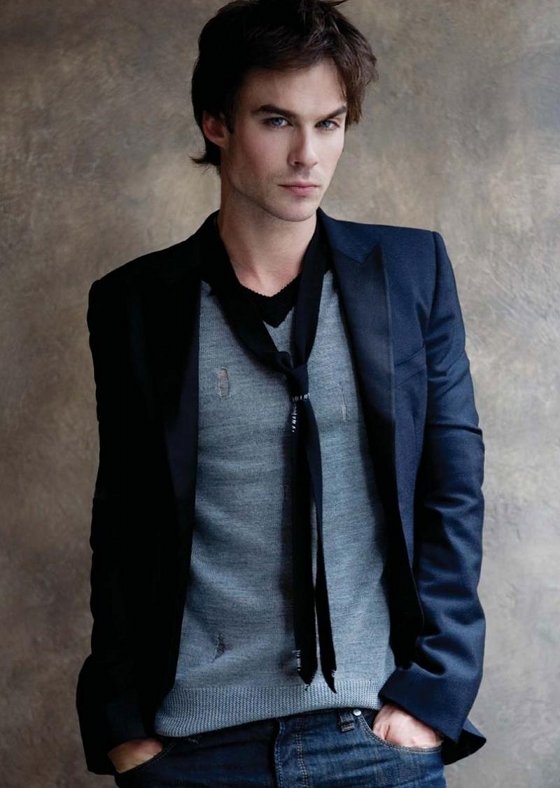 Sardonic wit, biceps the size of watermelons, eyes as blue as the sea, and an animal lover. If only he weren’t dating Vampire Diaries costar Nina Dobrev, Ian Somerhalder would be my future husband. We’ve all scoffed at celebrities like Lindsay Lohan and any Jersey Shore cast member when they try to discuss politics. Besides being a touchy subject even among friends, it’s hard to listen to alcoholics endorse or reject anything, especially something as important as the presidency. This is what I love about Ian–he left names out of it and posted a video to his Twitter account urging his followers to vote in the November election.

Last night was the second presidential debate, and a lot of memes were born out of funny quotes said by both sides. Ian did a live feed of the event, after which he sent out a final message to his fans, which you can watch below. Ian has been a long time advocate for sustainable energy, compassion towards animals, and protection of natural lands. These are pretty generic ideas that most people support in theory. Instead of getting all preachy about why you should believe him or agree with him, he just encourages you to understand the value of your vote, decide who best represents you, and take control of the future.

“The Gore Bush election…was decided by less than 1000 people in Florida. So every vote counts. Elections count. Let’s make this election count. May we build a cleaner, better, sustainable, educated, compassionate, and efficient United States of America. Thank you very much for your time and energy and effort. It will not go unnoticed, and I think in November we’ll see it.”

I hope Lindsay Lohan is taking notes! What do you think of Ian’s foray into the political world? Should he stick to Damon Salvatore, or do you like to see him out of character (in that tiny black tank top…yum) and speaking to his viewers? I love any actor who encourages viewers to think for themselves, seek knowledge, and work hard to earn what they want from life.

How to Handle the Loss of A Loved One