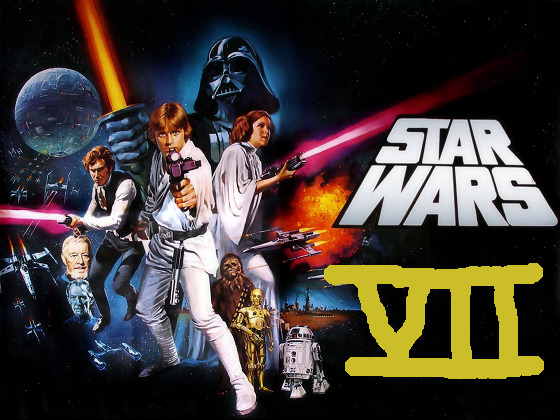 Say what? Forgive me for saying so, but is this necessary? Fans have been polarized over the three newest installments in the saga that is Star Wars, and many have been seriously angered by the sketchy changes made in the BluRay DVD editions. But, like it or not, there will be more stories set in a galaxy far far away, and this time they’ll be brought to you by Disney! That’s right–Disney just signed a sweet $4 billion dollar bargain with LucasFilm, and now they’re going to bring us a new film in 2015!

The Mirror explained the next plot: “According to Disney, the new trilogy will carry the story of Luke Skywalker, Han Solo and Princess Leia beyond Return of the Jedi, the third film released and the sixth in the saga.” It is an interesting premise. I think most agree (including yours truly) that the original characters (and cast) are more compelling than their prequel counterparts. No offense to Natalie Portman!

So what does creator George Lucas think of this? Surprisingly enough, he’s on board! He said, “For the past 35 years, one of my greatest pleasures has been to see Star Wars passed from one generation to the next. It’s now time for me to pass it on to a new generation of film-makers. I’ve always believed it could live beyond me and I thought it was important to set up the transition during my lifetime. Now it will certainly live on and flourish, blazing new trails for many generations to come.”

Translation: “I wanted more money. The series is already ruined, so who cares at this point?” Sorry, George, but I’m not buying it. Sure, we tell and retell classic stories, but I don’t think that using the exact characters qualifies as blazing new trails. I don’t even know what to make of this. Time will tell, but I’m uber skeptical at this point! So, fans, respond! Is this chaos or brilliance? Sell out our artistry? More important: will Harrison Ford be cast??