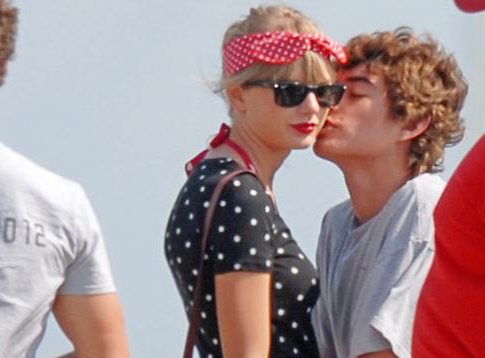 Taylor Swift and 18-year-old Conor Kennedy have called it quits on their long-distance relationship after the “long-distance” part became too large of a strain on the relationship. While Taylor was looking to buy the $4.5 million Hyannis Port house to be close to Conor in Massachusetts, a deal which she is still following through on, the release of her new album “Red” appeared to be too hectic for the young couple.

A source told Us Weekly that the couple decided to officially split on Thursday, but hadn’t actually seen each other in almost a month. The source said, “They both just quietly parted ways a short while ago. It was just a distance thing [that’s] now over. There’s no hard feelings. They’re fine.” Swift was reportedly booked on promotional commitments for “Red” and was not possibly going to have the time to see Conor.” Things weren’t easy on Conor’s end either and the source shared that he had “gone back to school, and the deans at Deerfield are not happy about him jetting around with Taylor.”

As to how the split will effect Swift’s career? Famed businessman Donald Trump does not see any possible harm coming from the breakup. He tweeted about the breakup saying, “Taylor and Conor–great news for Taylor!”

So far, Billboard is predicting that “Red” will make over 1 million sales in the first week, which would be a huge success for Swift. The 22-year-old singer is proud of the album and says, “I really don’t feel like any two songs on “Red” sound alike on the whole record. What ties all the songs together for me is the rhythm of each track really sounds like the emotion I was trying to write about when I sing.”

Justin Bieber- New Tattoo, Pet, and Most Personal Interview Yet