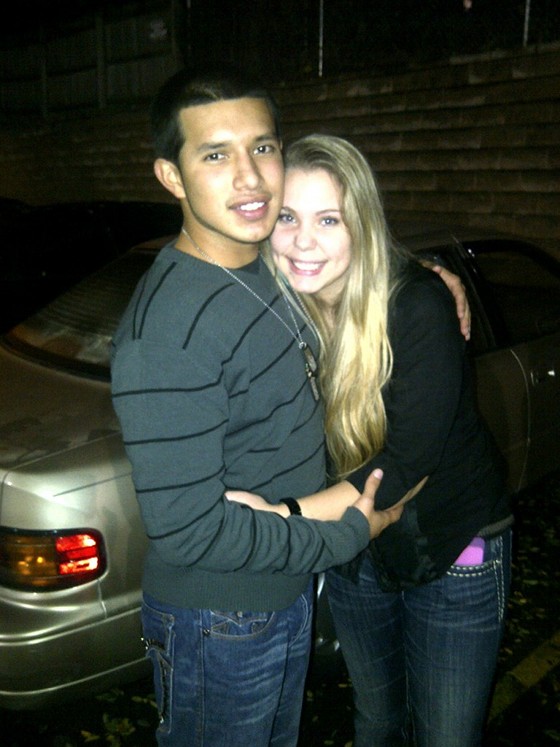 It’s hard to believe it when Teen Mom stars claim to have found love. Of course, we want them to be happy, but dating while on reality TV, with a baby, and an ex–well, that’s hard! Teen Mom 2’s Kailyn Lowry is trying to have it all though. After a tumultous season showed an emotional breakup from Jordan Wenner after she admitted to having an affair with baby daddy Jo Rivera. Now, she is happily engaged to Javi Marroquin. Javi proposed in early September, which marked their one year anniversary. If you ask me it’s too soon!

The couple got matching infinity tattoos (a sideways 8), Javi on his ribs, Kailyn on the inside of her left wrist. And that was just after 8 months together! Obviously they’re devoted, but they have very different religious beliefs. Kailyn has tweeted to confirm that she is an atheist, meaning that she doesn’t believe in any gods. Javi, however, is Catholic! It seems unlikely that people with such different views could have a happy relationship together, but they’re trying to make it work. However, their life together will not start in a Catholic church! No wedding date or location has been set yet. I am hoping they’ll decide on a scenic outdoor wedding, with baby Isaac as the ring bearer!

No matter who she’s with, I wish Kailyn all the best. She is obvoiusly a very loving and devoted mother and has been the only one on either spin off of 16 and Pregnant to consistently hold down a job, go to school, and not be a psycho drug user! Rumor has it we can watch Javi’s proposal on the next season of Teen Mom 2, which starts this winter. Will you watch?