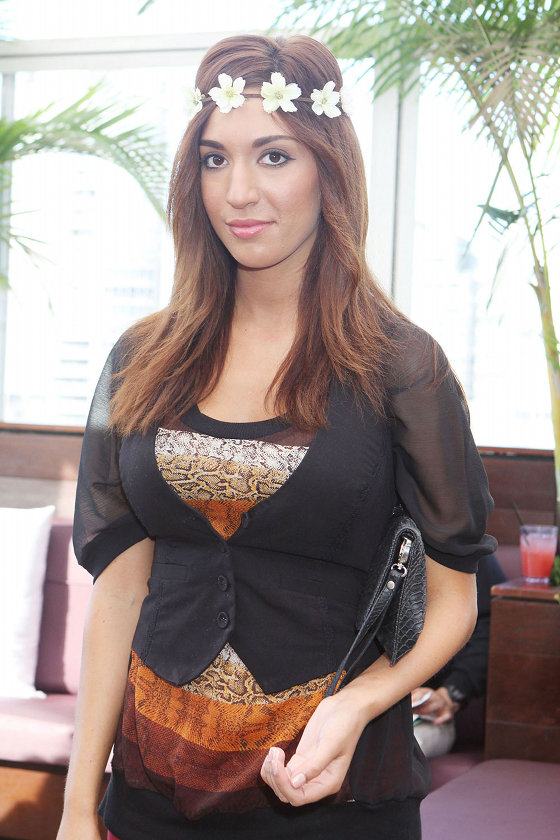 Plastic surgery is becoming more and more mainstream, but I think we should all pause and reflect on what this means. First, I want to explain that I don’t mean reconstructive surgery after an accident, I mean plastic surgery to modify a perfectly healthy and functional body part, so as to become “perfect” or “more beautiful.” Instead of accepting unique noses, flat chins, or small boobs, we see these things as capable of being upgraded, the same way you might save to invest in a better cell phone, hair dryer, or sound system. We have learned to completely disregard that our bodies actually have function (breathing, pumping blood, absorbing nutrients, fighting infection) and have reduced the complex ecosystem that exists inside our cells to a silhouette–forget what’s going on inside, it’s the shape that matters.

Teen Mom star Farrah Abraham is no stranger to plastic surgery. The super skinny mom scrimped her pennies to have C-cup boobs installed. Because, you know, when you’re a single mom, things like that become priorities. As if that clearly superficial surgery weren’t enough, she’s gone under the knife again, this time for nose and chin modifications. Dr. Michael Salzhauer explained a chin implant would “balance the alignment” of her face.

Farrah explained her decision, “I’ve hated my nose since I was 13…I don’t have to hate anything ever again. I feel gorgeous…There was pain, but it was worth it…It’s said that if you’re happier, you have better luck with relationships.”

Let’s translate. As a teen, Farrah compared her nose to other noses and didn’t like it. That is a normal thing to do; we are humans. We judge, compare, criticize, analyze, and form opinions. But she didn’t just prefer other nose shapes, the comparison that she made caused her to hate a part of herself. I can’t imagine–I am not in love with my nose, but I move past it. Go heavy on the lipstick and mascara, and no one will be looking at my disproportionate nose. Now that her nose has been altered, she can look in the mirror and feel gorgeous, confident, and happy. Because of a bit of cartilage. I’m no psychologist, but that can’t be healthy. To idealize to the point of self hatred is unnatural. The nose functions–you breathe in and out. End of.

Let’s look at that last part, “if you’re happier, you have better luck with relationships.” Now, I don’t know Farrah, so I don’t know what makes her happy in life. But I do know that happiness can’t be bought–in the form of a car, laptop, vacation, or nose job. Sure, these things can cause happiness, can be looked forward to, and so on. But on a bad day, where you’re moping around with the cat drinking tea, knowing that you have a thin nose or a Tory Burch wallet won’t help you feel good about yourself. You need to learn to love who you are as a person. Find what makes you happy and DO IT. Surround yourself with compassionate friends, positive influences, and opportunities to be successful and feel proud. Then start a relationship. You can’t skip the path to self-actualization by having your body cut into and sliced down (or augmented) by some doctor.

What do you make of Farrah’s decisions, and of plastic surgery in general? I don’t mean to attack Farrah, but I think she is a great example of what we value, and how transitory it is. She’s spent roughly $21,000 on these procedures. Can we imagine what that could do in a college fund for her daughter Sofia, or as a donation to a Boys and Girls club?