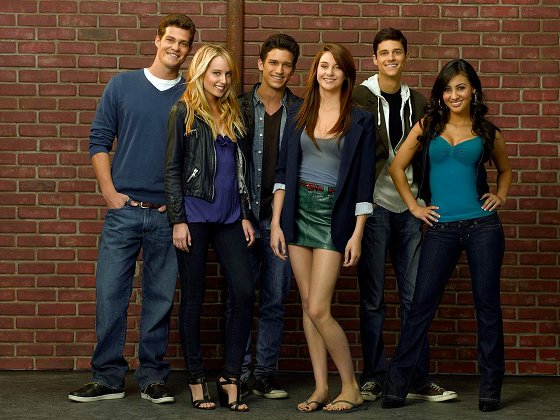 How is this possible? The Secret Life Of The American Teenager has been cancelled by ABC Family. The final order allows for 12 episodes to wrap up the series, which will air Spring 2013. An ABC insider said the decision came after writers and execs agreed that the series had “run its course.” I do appreciate them stopping while they’re ahead, instead of running it on and on, replacing cast members, and struggling to keep the ratings up. Remember when we lost Pushing Daisies after the writer’s strike? So many wonderful shows just stopped being on TV, with no comforting wrap up for faithful viewers.

The show premiered in 2008 and made a lot of jaws drop. It follows the story of Amy Juergens, a french horn player who becomes pregnant and faces all of the relationship drama, parental stress, and responsibility that babies bring. For many parents, it was an uncomfortable truth that teens have sex, but for a lot of families it opened the door to talk about the “real” issues. The series also helped to establish the film career of Shailene Woodley, who starred in the Oscar nominated movie The Descendants last year alongside George Clooney. The creator, Brenda Hampton, was responsible for Seventh Heaven, which your older sister can tell you was huge.

No word yet on what Brenda is moving on to, but Shailene has a bright film career ahead of her. As we saw a lot of Seventh Heaven cast pop in and out of Secret Life, I’m sure Brenda will include these stars on whatever project she starts next. Are you sad to see the show go? How do you think it will wrap up? More importantly–what is your dream ending? We all have goals for the characters! Let us know in the comment section.

The Hobbit In Your Pocket: Movie Coins To Become Legal Tender In New Zealand