The Walking Dead Game is an Emotional Saga 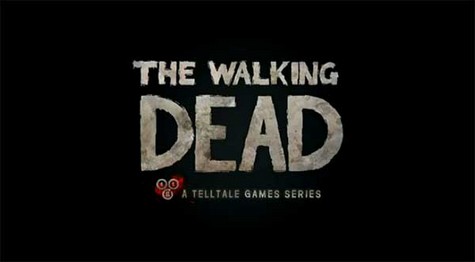 We’ve brought you two industry defining games in the past week here on Celeb Teen Laundry, so we thought we’d continue this tradition and bring you the last zombie game to make a difference to the genre, the gaming world and your life. Ladies and gentleman, we introduce to you Telltale’s Walking Dead: The Game. Telltale, the gaming company, has suffered from lackluster episodic releases for the past few years, with games as limited and self-serving as Jurassic Park: The Game. However, with the recent increase in the zombie television/film genre, Telltale took on the juggernaut of zombie games and released the first episode of The Walking Dead game to worldwide critical acclaim.

The Walking Dead game series is unlike anything we’ve ever played before (except Heavy Rain on PS3). Each “episode” of the game is released each month, with the final episode to coincide with the television show’s finale (we hope). It is different, intriguing and literally brought us to tears during the third episode of the game. You see, each decision you make ripples out for the remainder of the “season”, as each “episode” you play each month is influenced by the choices you made in the preceding episodes. Your decisions do not only affect the outcome of the series, but they also affect which characters die, which characters live, how each character sees your morality and who is there for you during certain button smashing zombie sequences.

The game is not your run-of-the-mill zombie slasher/shooter like the Resident Evil franchise, but is more reminiscent of iconic point-and-click games such as Broken Sword. There are several “action” sequences in each episode, where you have to make important, split-second decisions. These “action” sequences will stay with you for a very, very long time, as they become the focal point of what makes your character human. Unfortunately, your character in the game transcends all boundaries – you crawl into the mind of your character and become the character – which makes for extremely emotional game play. The most hardened of gamers broke down in tears during the second and third episode, which is testament to how powerful The Walking Dead truly is.

The first three episodes, filled with some of the most tragic scenes in gaming history, were released long past their release dates (Telltale did not finish them on time), which gave many fans of the game a sour taste in their mouths. However, the overdue releases only further enhanced the anticipatory hype of the series.

The much anticipated fourth episode is being released at the end of October. Head on over to www.telltalegames.com and download the first three if you haven’t. It’s only $24.99 and is also available on the iTunes App store and Xbox Live. Don’t illegally download – piracy is so last season.