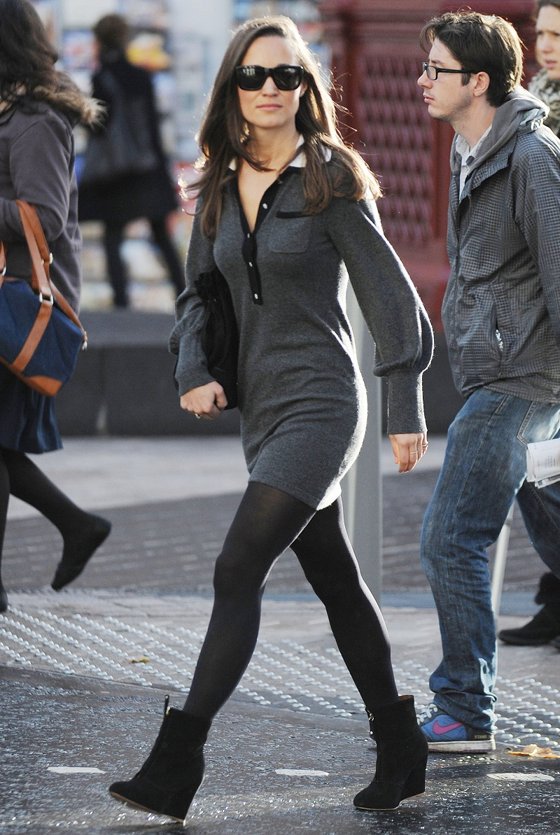 Ugh, I hate that this is probably true. Just yesterday I wrote about what a great sister Pippa Middleton is to her big sister and future queen Kate Middleton. Pippa has endured so much in silence, and all so Kate could be with the man she loves. Unfortunately, it sounds like that isn’t all Pippa has to do now that she is a part of the royal life. In the forward of her new book, Celebrate, she talks about how difficult it has been to adjust to fame. All she wants, she says, is to work hard, establish a career, and be happy. That goal is interrupted not just by mobbing paparazzi, but by an international bias towards her. At this point, who wouldn’t hire Pippa? It would be immediate publicity, boost sales, and get your company’s name out. So whom can Pippa trust? We thought she could at least turn to Kate, but her royal sister is just making life harder.

Remember when we were so excited about Pippa coming to the states for a US book tour? She was set to make a dozen talk show appearances to discuss the party planning book, and make a small fortune doing it. It would have been her first official interview, and would have launched her career as a Martha Stewart / Nigella Lawson hybrid. Well, those plans were cancelled by the palace. It turns out, the royal family feared interviews would include questions about Kate’s recent topless scandal–Prince William put his foot down, right onto Pippa’s career. Of course, the palace can’t legally stop her, so at this point Pippa is just being a stellar sister. I just hate to see how many sacrifices she is making for the sake of Kate. What do you make of this? Like I said, I hate this sort of news, especially since Pippa seems so genuine and down to earth.

Amber Portwood Betrayed While In Prison, Gary Shirley Is Dating The Babysitter!