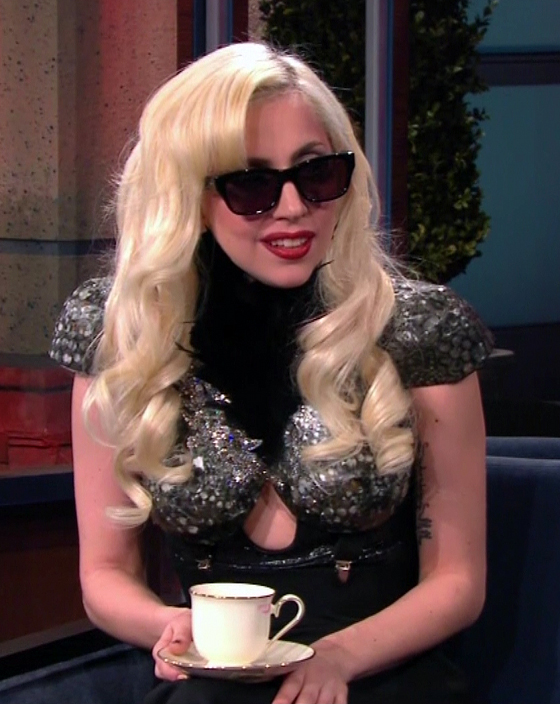 Because, you know, if it isn’t Lady Gaga brand, we won’t drink it! Haus of Gaga, which just launched Lady Gaga’s perfume Fame–the first perfume to be black in the bottle but clear when sprayed on skin–is apparently involved in some pretty crazy chemistry right now, while they work to reinvent the wheel. A Haus spy reported that the water will be a health water, and will probably be marketed as a healthy alternative to sweet drinks. The unofficial announcement comes weeks after Lady Gaga faced criticism over huge weight gain.

The spy explained the project: “Gaga has been at the center of a lot of attention over her weight increase. Losing her weight in such a short time and launching a healthy water drink may be part of a plan. Everyone at Gaga HQ is keeping very tight-lipped. There are plans being prepared for marketing strategies. We know that the water drink is due out in the near future. No one has seen prototypes of the bottle. Gaga water is something that has been in the pipeline for a few months, and now things are really gearing up to an announcement and high-profile launch.”

So what can we possibly make of this news? Considering all of the criticism plain bottled water gets for being detrimental to the planet, and the reports that alternative health drinks don’t really do much to make you healthy, it seems like this plan is doomed before the product has a chance to launch! Of course, unhealthy drinks still make millions and millions of dollars, and the intrigue of Lady Gaga is sure to generate some buzz. Will you test out the Haus brew?

Teaching Your Child the Importance of Eating Healthy