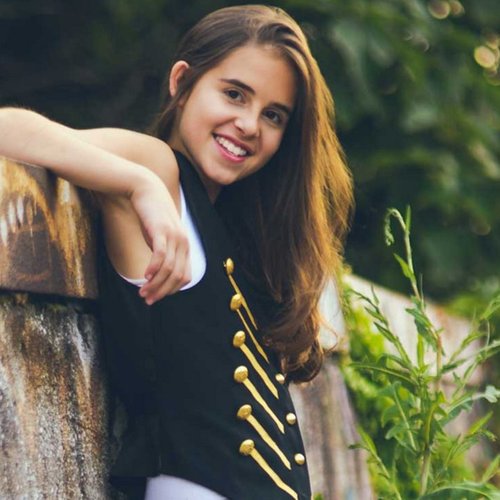 X Factor’s most popular contestant Carly Rose Sonenclar has taken the nation by storm with her powerful voice and superb control of her vocals at the age of just thirteen. The contestant who is being mentored by Britney Spears in this year’s show has said that she hopes to become as big as her mentor but bring a more soulful voice to the charts.

Carly, who has been named the dark horse in the competition, chats with J-14 to discuss her journey on the X Factor so far, where she hopes to see herself in years to come, picking a song to sing in Boot Camp, her hopeful dream to become a household name and why she chose to enter The X Factor in the first place:

On how she decided to audition for The X Factor’s season two, Rose admitted: I was the right age [to audition]. I think that’s what’s cool about the show is they allow kids my age to do it. I think there’s a lot of talent out there in my age group that a lot of these other shows don’t really allow.

Asked if she was fans of any of the judges on the show, Carly said: Oh yeah, I was fans of all of them before. I used to sing to ‘American Idol’ and my brother used to pretend he was Simon, with the British accent and everything. So I was a fan of him since I was two. As soon as Demi was on the Disney channel I was a fan of her. Britney, I’ve known forever, I mean she is a legend. And L.A. has discovered some of the biggest people. So you kind of get something different from each judge. I think that’s different from any show.

Upon being asked if she felt nervous after seeing the judges’ faces when she performed her song at Boot Camp: I think I was a little nervous, you could probably see it on my face. I was like “Oh, God, why did they do that?” But I guess in the end it paid off.

Asked on what her ultimate goal is, Carly added: To be a household name, like Demi and Britney. But to bring the soulful element to the pop industry, because Top 40 music is taking over. And that’s what this show is looking for, the next pop star. But I think bringing the soulful aspect to that pop aspect and putting them together could make something really different and cool. So that’s what I want to do. And also writing my own music, because I write a lot of my own music.

Rihanna Unveils ‘Unapologetic’ Tracklist — You Will Not Believe Who She Collaborated With!