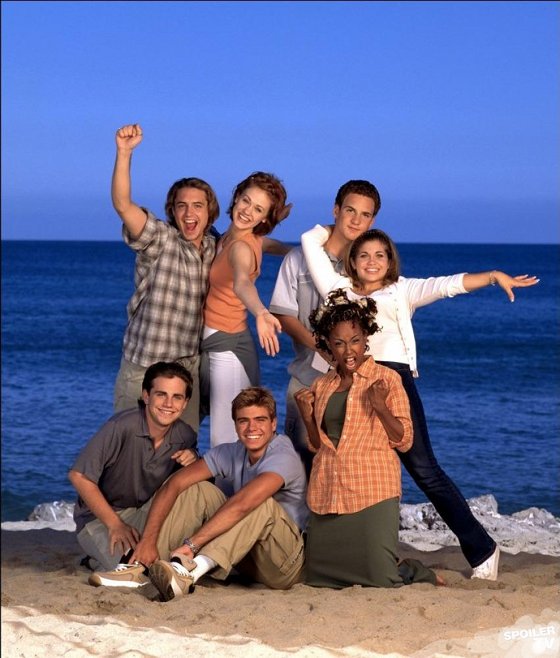 The more I hear about this, the more fully thrilled I am! What started as a mysterious tweet from Ben Savage has turned into a beautiful reality for fans of the hit series Boy Meets World. Ben (Cory Matthews) tweeted to a fan that there could be a BMW reunion special. Then, days later, Disney announced that they are currently developing a spin off show called Girl Meets World, which would tell the story of Cory and Topanga‘s daughter. Although nothing has been officially confirmed yet, response to the show has been huge, which has to translate to dollar signs for Disney! It was reported that they want to get as much of the original cast as possible, and, as a diehard fan, I’m hoping that they won’t try to get away with any freaky recasting–it’s all or nothing!

Now, Danielle Fishel, who starred as Topanga Lawrence for seven years, has tweeted to her fans: “Just want you guys to know that @BenSavage and I have talked and we’ve decided…Thanksgiving is going to be delicious this year!” Sneaky woman! Thanksgiving is always delicious, she is quite obviously covering up for a much bigger decision! I don’t want to seem rude, but the truth is that neither of them have done much since the show ended, apart from a few odd guest star roles and hosting gigs. They are both ready for their comebacks!

But where is Rider Strong, who played Shawn Hunter, in all of this? They have to be neighbors, right? Shawn, perpetual bachelor, bad boy on the surface, gooey cuddler on the inside. And who is auditioning to play the daughter? I think she’s supposed to be a pre-teen on the show, so which actresses pop out at you? Fantasy cast? This is all so thrilling–best start to the holiday season ever!