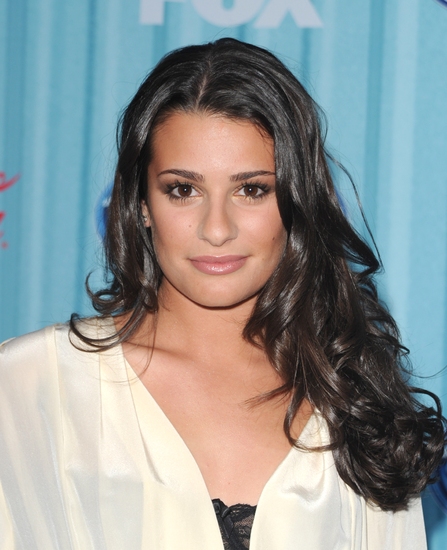 It was only a matter of time before Glee’s Lea Michele would hit the studio to record some original music material for her millions of fans. The actress announced, who announced earlier in the year she’d be releasing an album which was in the works, has said she’s excited about the project, adding that she has performed enough cover versions on the FOX teen show.

The album hasn’t been given a release date just yet, however, Lea explained to Jay Leno that fans can expect a pop record. “It’s funny because I get asked a lot if I’m doing covers,” she said. “If you think that there are actually covers that we haven’t done on Glee that I could then put on an album… We’ve done everything! Pretty soon we’re just going to have to start doing opera and stuff on the show.” Michele added: “No, it’s all original pop music [on my album] and I’m really, really excited about it.”

She goes on to share her experience of a mishap whilst recording a song, when one of the managers picked up her dog during lunch and it decided to pee all over her.  “I put my feet up to take a nice little lunch break and one of the managers had their dog, and the dog jumped up on my lap,” she said. “He went over to pick up the dog and the dog peed all over me. Which wouldn’t have been so bad – I wiped it off – but because I didn’t wipe off the spray tan yet it left pee streaks all over my legs!”

It is believed that the album will get a release sometime next year, but the chances of the record doing well… we’re not too sure. What do you think? Does Lea have a chance of making it big in the music industry?! Let us know below!