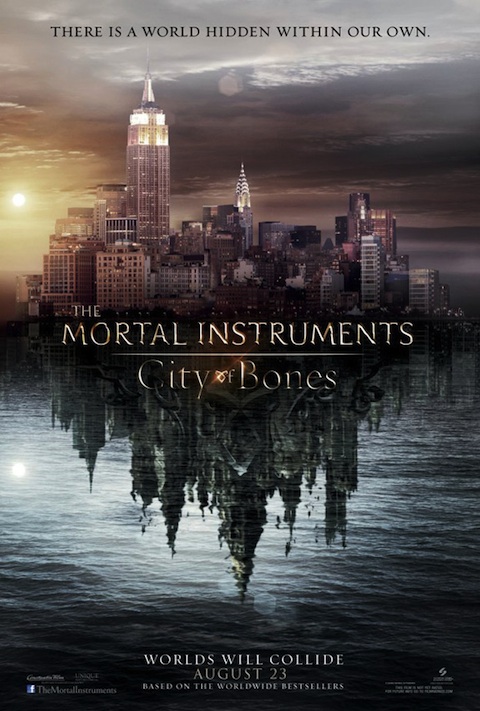 Perfect timing! This time tomorrow, the world will know how The Twilight Saga: Breaking Dawn Part 2 ends, and what better medicine than a sneak peak at the next big blockbuster? After years of speculation and desperation, The Mortal Instruments: City of Bones film is finally being made. It filmed in Toronto over the summer, and this morning MTV exclusively released the first movie trailer. The cast looks great, and it’s time for fans of the book to start criticizing adaptation, character styles, wardrobe, special effects, and demon CG.

Check out the trailer below. But if you haven’t read the series yet, do so first! You can read our review of the first book by clicking here. Best I can tell, it looks like all the major elements of the book are being kept. We know the author, Cassandra Clare, was heavily involved in the adaptation, so hopefully only minor plot bits have been cut. I am not loving Hodge’s look though–and where is Magnus Bane? Luke? I didn’t see any werewolves, but maybe the battle of the species bits will be saved for later trailers?

So, fans, what’s your initial impression? I wish Clary‘s (Lily Collins) hair were a bit lighter red, but love that Jamie Campbell Bower (Jace) is using his British accent! And their marks look awesome. We have nine months of waiting left. If you see Twilight tonight, let us know if this trailer plays! It seems like the perfect opportunity to garner fans.

The 5 Stages of Being Dumped – It’s Not All Bad!

The Mortal Instruments: City Of Bones Director Participates in Q & A Session…