Frank Ocean Opens Up On Coming Out In GQ: ‘I Cried Like A F*cking Baby’ 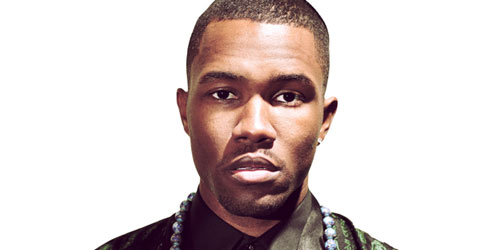 It’s been a couple of months since Frank Ocean decided to break the news that his first love was for a man, and the reaction was mixed. Frank, who had an album coming out [Channel Orange] just weeks before he had written the public letter, had been portrayed as a hype person — in others words, people felt that it was just part of his plans to sell a lot of albums. Well, Ocean has finally set the record straight in GQ’s latest issue where nearly the entire interview was focused on his coming out.

The artists who have stood by his side and supported his coming out include Jay-Z, Kanye West, 50 Cent, Ne-Yo, and Beyonce (who actually wrote her own letter where she praised Frank’s courage and making such a big decision). In the interview with GQ, the singer explained that just hours after the letter went public, he cried like a “f*cking baby” but felt relived that something he had kept a secret for so long was finally out. He adds that the feeling was “a different kind of sad” before being asked to clarify what his actual sexuality is.

See below for excerpts of the interview and let us know what you think!

On Why He Wrote the Open Letter on Tumblr
I had Skyped into a listening session that Def Jam was hosting for Channel Orange, and one of the journalists, very harmlessly—quotation gestures in the air, “very harmlessly”—wrote a piece and mentioned that. I was just like, “F-ck it. Talk about it, don’t talk about it—talk about this.” No more mystery. Through with that.

The night I posted it, I cried like a f-cking baby. It was like all the frequency just clicked to a change in my head. All the receptors were now receiving a different signal, and I was happy. I hadn’t been happy in so long. I’ve been sad again since, but it’s a totally different take on sad. There’s just some magic in truth and honesty and openness.

On How His Perspective Changed Afterward
Whatever I said in that letter, before I posted it, seemed so huge. But when you come out the other side, now your brain—instead of receiving fear—sees “Oh, sh-t happened and nothing happened.” Brain says, “Self, I’m fine.” I look around, and I’m touching my f-cking limbs, and I’m good. Before anybody called me and said congratulations or anything nice, it had already changed. It wasn’t from outside. It was completely in here, in my head.

On His Fears About Coming Out
I had those fears. In black music, we’ve got so many leaps and bounds to make with acceptance and tolerance in regard to that issue. It reflects something just ingrained, you know. When I was growing up, there was nobody in my family—not even my mother—who I could look to and be like, “I know you’ve never said anything homophobic.” So, you know, you worry about people in the business who you’ve heard talk that way. Some of my heroes coming up talk recklessly like that. It’s tempting to give those views and words—that ignorance—more attention than they deserve. Very tempting.

On people saying he came out for attention
Some people said, “He’s saying he fell in love with a guy for hype.” As if that’s the best hype you can get in hip-hop or black music. So I knew that if I was going to say what I said, it had to be in concert with one of the most brilliant pieces of art that has come out in my generation. And that’s what I did. Why can I say that? Why I don’t have to affect all this humility and sh-t is because I worked my ass off. I worked my face off. And the part that you love the most is the easiest part for me. So I’ll do it again.

On why he felt as though he couldn’t keep it a secret or be on the DL
The pitch is, “You’ll encounter less resistance in life if you say, ‘No, I’m going to just keep dating girls.’ ” But then you’re minimizing the resistance that you’re feeling from yourself on the inside. There’s so much upkeep on that sh-t. So much upkeep on a lie. But at least everybody else is cool with how you carry on with your life. That’s what they say. But know what fear does to your strength. You don’t even feel smart or capable. You just feel broken—and not just your heart. Just a broken person.

On If He’s Bisexual
You can move to the next question. I’ll respectfully say that life is dynamic and comes along with dynamic experiences, and the same sentiment that I have towards genres of music, I have towards a lot of labels and boxes and sh-t. I’m in this business to be creative—I’ll even diminish it and say to be a content provider. One of the pieces of content that I’m for f-ck sure not giving is porn videos. I’m not a centerfold. I’m not trying to sell you sex. People should pay attention to that in the letter: I didn’t need to label it for it to have impact. Because people realize everything that I say is so relatable, because when you’re talking about romantic love, both sides in all scenarios feel the same sh-t. As a writer, as a creator, I’m giving you my experiences. But just take what I give you. You ain’t got to pry beyond that. I’m giving you what I feel like you can feel. The other sh-t, you can’t feel. You can’t feel a box. You can’t feel a label. Don’t get caught up in that sh-t. There’s so much something in life. Don’t get caught up in the nothing. That sh-t is nothing, you know? It’s nothing. Vanish the fear.

The “Burn Notice” Science Challenge for High Schoolers: Compete for a Chance to win $10K!