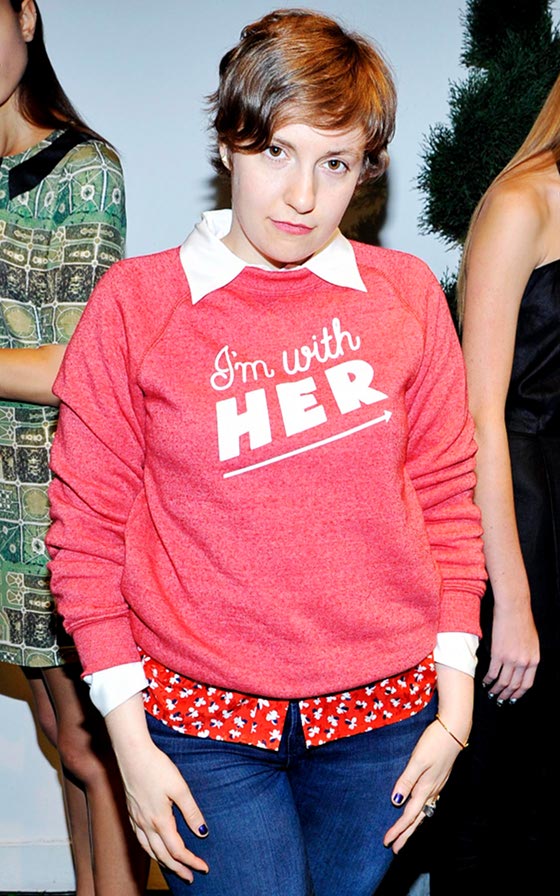 There’s an amazing fusion of American and British humor going on right now, and people either love it or hate it. The dry wit and acerbic characters of HBO‘s new hit GIRLS has rubbed many the wrong way, and many more the right way. The creator and star of the series, Lena Dunham, is not one to keep her opinions to herself. She is one of my top ten favorite tweeters, and has a kick-butt femnist attitude that makes me wish I’d come to age in the 1970s.

In her latest move against the man, Lena participated in two pro-Barack Obama videos. My favorite is the one in which she describes her first time voting! No matter where you identify politically, I think her message is the importance of registering to vote and exercising your rights. Like they say, “if you don’t vote, you can’t complain.” The video has received a lot of scorn, mostly because of it’s not-so-hidden sexual content. I say that Lena does what Lena wants, and as a fan, I’ll happily click any link that promises a bit more of her humor! The wait for season two of GIRLS in January is painful, so thank god for YouTube!

Lena also participated in a video montage with a bunch of other awesome female celebs, singing “You Don’t Own Me,” the hit song by Lesley Gore. The song was released in 1964, and the video ends with Lesley remarking that women are still fighting for their rights. I just love seeing the celebs lip-sync a great song. It’s like they’re real people! Check out both videos below. What do you think of the celeb-turned-political-advocate trend? It’ll soon pass, I’m sure. But in the mean time, we all have to make our peace with it! I do love the song though. Thoughts?!