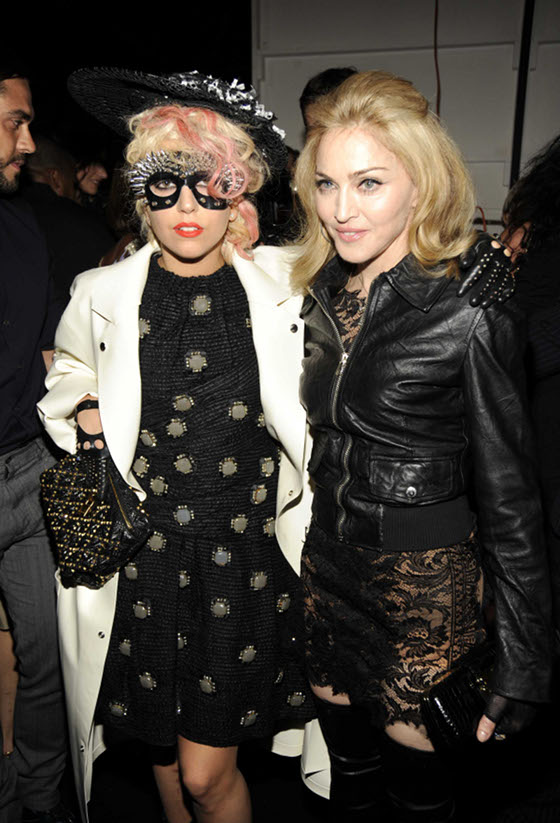 The world took a collective gasp when Lady Gaga first came into existence; our parents recognized the second coming of Madonna–they just didn’t expect it while the first Madonna was still living! Ever since Lady Gaga began to walk the road of the immortal legend that is the Material Girl, fans have been waiting for kick ass slumber parties or vicious cat fights. It seems that, officially, the pair chose the latter; after years of staying mum, they’re finally opening up on how they feel.

Madonna is currently on tour promoting her new album (and some old classics), and reached out to Lady Gaga and invited her to perform with her one night. Instead of reveling in the gift, Lady Gaga snubbed the queen! The senior artist snapped during a concert and screamed to her fans: “I have the best fans in the whole world. So take that, Lady GaGa! You know, I invited her onstage to sing with me. But, she turned me down. It’s okay. I’ve been rejected before. It builds a little character.”

Ouch! Can you imagine all of that happening on one stage? I think my contact lenses would shrivel up and I’d be forever blinded by the light. I love Madonna for calling her out on it–performance isn’t about your feelings for each other, its about making the fans’ heads explode! I keep hearing stories about Lady Gaga and like her less and less for it. First, snubbing the Empress of Music, the whole wearing fur situation (poor fuzzy animals!), and her weird toilet pictures (artistic expression or just naked on the toilet?). Then she does awesome things like raise awareness on bullying–maybe she has some sort of bipolar disorder that affects her public image? Whatever is going on with her, I’m over it! Good for Madonna for staying strong and reminding fans that rejection is just a way to become stronger!

Miley Cyrus and Liam Hemsworth Will Have Three Weddings