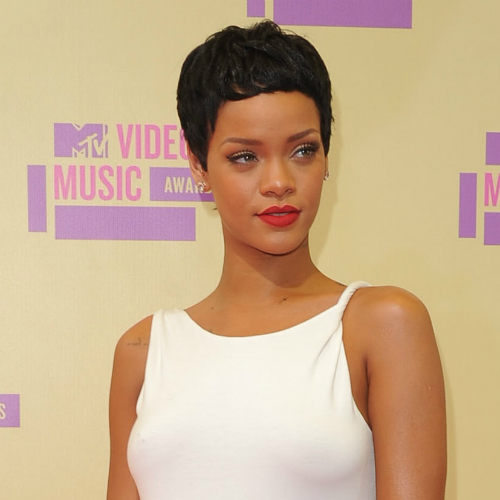 Oh goodness, do you know what this means? Do you?! Okay, let us quickly break it down for you.. now that it’s almost official that Rihanna will release Nobody’s Business featuring Chris Brown as her next single of her album Unapologetic, she’ll film a music video for it.. most likely with Chris… and do a hell of  a lot of promotion for it… TOGETHER!! This is not good. So, news just broke that Vice President of A&R at Island Def Jam, Abou Thiam is planning to have Rih bring out the Chris Brown collab single as the next single, mainly because it’s the most-buzzed song and it’s popular with the fans.

The singer has recently opened votes for fans to decide on what singles they would want to have released next. According to a poll, Rihanna’s “Navy” want to see Nobody’s Business as the next single from the album, most likely hoping that Chris and Rih will reunite together in the music video and hopefully make their secret relationship official. If you’re still doubting that these two are back together, you’re just fooling yourself. The lyrics in the song says it all – they’re back together.

Abou tells Billboard that the record label tends to “always takes the approach of putting the record out, getting feedback and letting people decide where to take it from there.” He continued: “There’s a lot of big records on the album, but we want the people to decide what they want to be next.”

So, you’ve heard it hear first! Rihanna’s next single will most likely be Nobody’s Business!

Frank Ocean Opens Up On Coming Out In GQ: ‘I Cried Like A F*cking Baby’