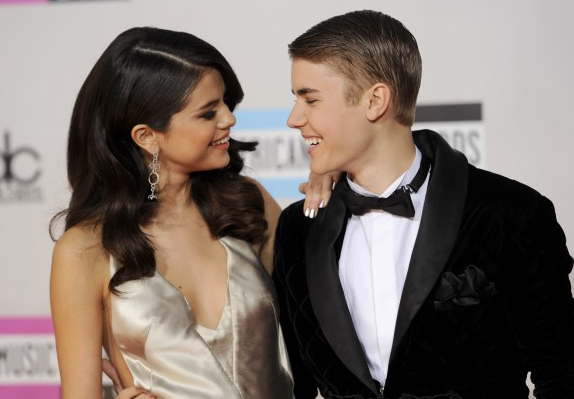 While rumors have been swirling for about a month that the relationship between Justin Bieber and Selena Gomez is on the rocks, a source is now telling E! News that the superstar couple has officially split. The source claims that the pair called it quits about a week ago “because of their crazy schedules, it was getting harder and harder to maintain a relationship.”

Selena, 20, and Bieber first started dating back in early 2011. Their first event as a couple was at the Vanity Fair Oscar party in February 2011, and Selena soon after gushed about the relationship, saying ,“I am happy. I’m really happy.”

Once reality of Bieber’s superstardom set in, Gomez started feeling the pressure from Bieber fans. “It hurts, it really does,” she once told Z100 radio about the hate she received from some of his fans. “I don’t feel like I’m doing anything wrong. I’ve been best friends with him for a very long time. It does hurt my feelings a lot, but I try not to focus on it.”

Gomez recently covered the December cover of Glamour magazine and was named Woman of the Year by the mag. In a tweet sent out last week, Selena thanked those close to her, saying, “Awwww Thanks to @Ryanseacrest and @taylorswift13 for helping to  make  my @glamourmag #woty award so special #mademecry.” Noticably missing was the absence of Bieber’s name. Whether this is confirmation that the couple has split is not yet known, but we should find out in the coming weeks whether one of Hollywoods most famous couples has split.