Ke$ha Has Sex with Ghost 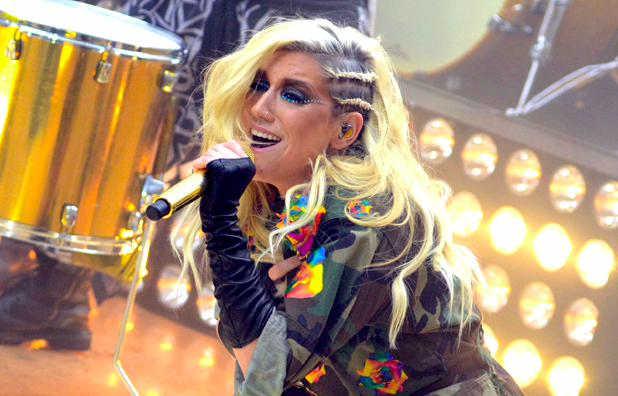 Back in September, Ke$ha talked to Ryan Seacrest on his Kiss FM radio show about having sex with a ghost. She revealed, “I had a couple of experiences with the supernatural. I don’t know his name! He was a ghost! I’m very open to it.”

The “Die Young” singer is now elaborating on her claim, saying that she was very scared of the whole experience. She said, “I’ve got a song called ‘Supernatural’, that song was about having sex with a ghost. I lived in this flop house at Rural Canyon and there was this weird energy that lived there, and it used to keep me at night and wake me up. And it progressed into this dark, sexual spirit.” The 25-year-old continued, “It did scare me but that’s part of the fun of it.”

While she was scared of this encounter, Ke$ha admitted that she did love ghosts and spirits and would be interested in learning more. She told BANG Showbiz: “I’m very open to that whole side of the universe. I’m very much into it. I believe in it. I believe in anything supernatural, I’m open to believing in.”

While the story seems like a haunting story, it may just be all in the eccentric singer’s head. Eric Olsen, who co-hosts America’s Most Haunted, told The Huffington Post that Ke$ha’s story must have faults. He claims that, “unless you can observe the ghost, you can’t differentiate between what was just a vivid dream or an actual encounter.”

Do you believe Ke$ha’s story, or do you think she happened to take one too many drugs at her Rural Canyon home?

The “Burn Notice” Science Challenge for High Schoolers: Compete for a Chance to win $10K!