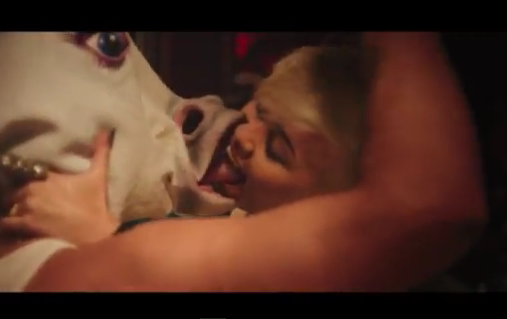 The song is annoyingly catchy in the way that dubstep normally is, but the main reason to watch the video is to see the former Disney star swapping spit with a unicorn (who is confirmed do be her fiance, Liam Hemsworth, in disguise).

In an interview with Rolling Stone, Israeli producer Borgore admitted that Cyrus had asked him not to smear the cake in her face. His response?  “It’s clearly not part of my agenda,” he said. “but she’s pretty, so I cut her some slack.”

What do you think of Miley taking part in this video? She is defiantly working hard to make her bad-girl image clear to the rest of the world.