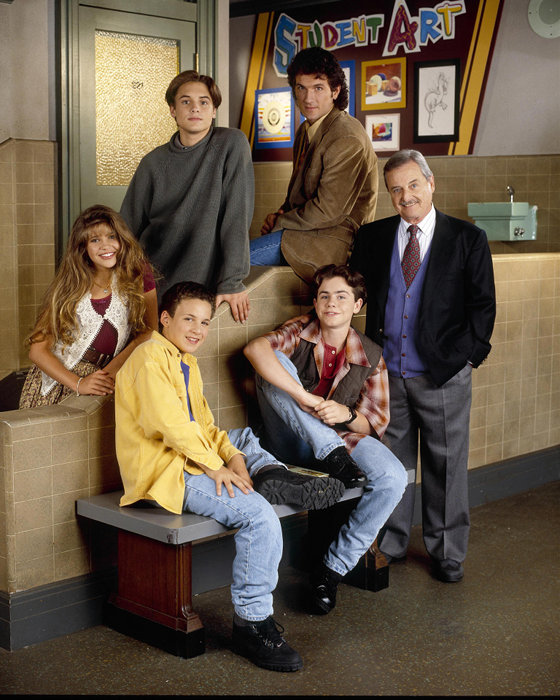 We’re thrilled that this is actually turning into something real. What started as Twitter speculation over a Boy Meets World reunion has bloomed into a full spin off series by Disney, and now casting has begun to fill the series, which will revolve around the life of the daughter of Cory Matthews and Topanga Lawrence. Ben Savage and Danielle Fishel have tweeted (not so cleverly) that they’re excited about the future, which we assume means they’ve dotted their i’s and crossed their t’s! Now, Disney has but out a casting call and we have more info on what the show could look like!

[RILEY MATTHEWS] Please submit all ethnicities. 13 years old, indelible personality, an adorable girl on the cusp of whatever comes next in life, and wanting to rush into it head first. She is fiercely loyal to her friends, and spends most of her time juggling the obstacles that life throws her way, some of those being her father who is also her seventh grade history teacher, her mother who is Topanga, and her brother, Elliot, who is one grade older in school and in life experience and makes sure to always let her know it. But there is no obstacle in this girl’s world that can dampen her bright spirit and eternal optimism. Series Lead.

[MAYA] Please submit all ethnicities. 13 years old. Maya is Riley’s best friend and does not share Riley’s optimism. She is far darker and less trusting of the world. She is an only child and has never known her father, which immediately makes her relationship with both Riley and Cory Matthews very important to her although she’d never admit it. She is not a good student in school, but is a wonderful student of life and absolutely magnetic in attracting or intimidating the people in her sphere as she cares to. Dark and edgy, but just as fiercely loyal to Riley as Riley is to her. Which makes us want to believe that maybe there’s a good heart under the acerbic wit. Or maybe not. Series Regular

It sounds like a blend of Boy Meets World and Hannah Montana–punk BFF, annoying older brother, overbearing dad? Right? RIGHT? We’ll keep you posted on all the developments. I can’t believe these characters could return to TV, not just in MTV2 reruns, but in new plots! Are you obsessed?