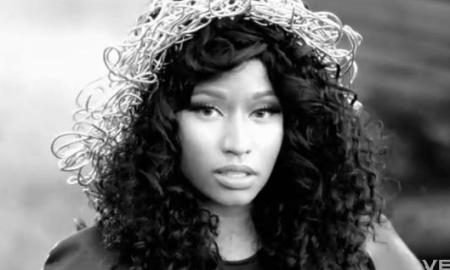 Wow – a more “normal” Nicki Minaj is warming our hearts. Ha. We’re  so glad to tell you that Nicki’s newest music video is much more turned down,- of course the silly wigs had to be visible but the actual direction of the video is much more calmed down than to her usual gimmick. The rapper’s video hit the net following the release of her album The Re-Up, which features eight new songs including an anticipated track called I’m Legit where she mentions Obama — gotta check that out.

Anyway, the vid which was filmed over in Britain during her European tour, definitely fits the slowed-down song, where Minaj explains she doesn’t receive the credit she deserves as a female rapper – or shall we say the only female rapper who’s “poppin”. Nicki goes on to say that she appreciates what she has been given and doesn’t take the lifestyle she lives for granted. She no longer worries what others have to say about her life. This makes her feel Freedom… if that makes sense.

They’ll never thank me for opening doors
But they ain’t even thank jesus when he died on the cross
Cause your spirit is ungrateful, b-tches is so hateful, I remain a staple
My career’s been the pink print
When I retire tell ’em think pink
Pink friday is the imprint
And these b-tches basic, instinct
Oh sh-t my commercial’s on
Did I really body b-tches with commercial songs
Did I really prophecy everything I do
But before I continue let me thank my crew
So that was young wayne, mac maine, baby, and slim k, tez and E.I, told em it wouldn’t be in vain
Cause prior to me signing, I could’ve went insane
And even now I think do I really want this fame
Let get up and go, 700 to go, oversears for a show