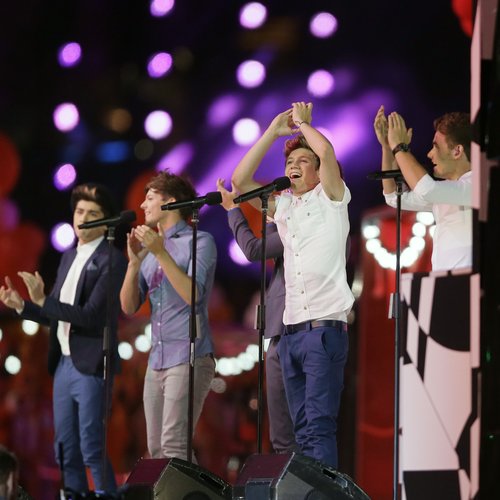 One Direction aren’t wasting any time bringing out new music to their fans. Prior to releasing Live While We’re Young last month, the group are gearing up to release their second single Little Things on November 12th – the same day their album Take Me Home hits stores. But now, we’re pretty shocked to find out that they have already revealed plans on when they are releasing their follow-up single Kiss You, whilst speaking to Ryan Seacrest on KIISfm.

The group explained Kiss You will go on sale on November 16th, before speaking about performing the song which is very up-tempo compared to what the group have released in the past. Niall Horan even joked that there would be no point in having girls come on stage whilst the group sing the song because by the fans are on stage, the song would already be finish. Talking to Ryan Seacrest, One Direction made the announcement saying:

“The next single is called ‘Kiss You.’ It is going to radio on the 16th of this month. So, you’ll hear it very soon,” Niall Horan told On Air With Ryan Seacrest . “It’s going to be fun actually, I think I’m going to play electric guitar in the show.” When Ryan said girls could join them on stage during the song, Niall added: “The song is very fast, so by the time we get them on stage it’s going to be finished.”

It has been reported that 1D have banked up to $100 million throughout 2012, thanks to endorsement deals with Pepsi and a sold-out world tour planned for next year. The group are definitely on track to become the biggest boy band, beating out sales of N’Sync and Backstreet Boys combined. Peep the new song below and tell us what you think: