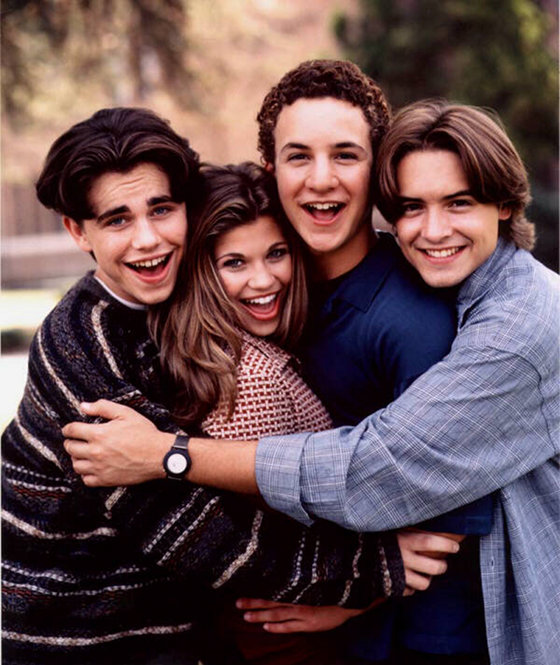 This is actually happening, Christmas has come early! We’ve been carefully following the story of the Boy Meets World spin off entitled Girl Meets World. We were the first to report it’s conception, blowing a tweet from Ben Savage, who starred as Cory Matthews, way out of proportion. We never guessed we’d be right! But as news about development and casting slowly leaked and hints were tweeted, we knew something was up. Today, the official announcement was made. Ben tweeted: “I’m going to be a father! Well, on TV at least. The “Boy Meets World” sequel is officially happening!” and costar Danielle Fishel, who played Topanga Lawrence, sent out a heartfelt blog post. Read the full blog here, or read the important parts.

“I say that so that I can say this: GMW is a new show.  It isn’t BMW brought back to life but in current day.  It will have familiar faces, familiar themes, and familiar messages.  It will also have new faces, new themes, and new messages. BMW never spoke down to the audience and we are going to do our best to never do that with GMW.  But please keep in mind that this there will be episode 1, of season 1, of a brand new show.  We started at the same place with BMW but we evolved and we evolved quickly.  For those of you who knew and loved BMW, please allow this show to evolve as well.  Stick with us. Give us a chance.”

We are still waiting to hear which cast members are returning, but Danielle implys that Rider Strong (Shawn Hunter), Will Friedle (Eric Matthews), and William Daniels (George Feeny) are attached to the series! A rep at Disney released this information:

“We can confirm that Ben Savage and Danielle Fishel will reprise their hugely popular roles of Cory Matthews and Topanga Lawrence, this time as a happily married couple and parents to 13-year-old Riley, from whose point of view the story is told. The pilot is still in the very early stages of development with creator and executive producer Michael Jacobs, Emmy Award-winning creator/producer behind Boy Meets World, My Two Dads and Charles In Charge, among others. A nationwide casting search is underway for the starring role of Riley Matthews.”

Whoever gets cast as Riley is set to be the next big star–Disney doesn’t do flop TV shows, and the cult following of the original series will be great for ratings. Will you be tuning in or sticking to the originals? If you watch, will you be wililng to have patience and give the show time to develop?