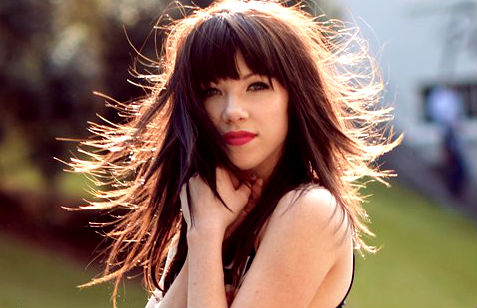 Owl City (Fireflies) and Carly Rae Jepsen (Call Me Maybe) released a catchy new song recently, titled “Good Time”. The burdened vocals of Owl City’s Adam Young fit fluently with Carly Rae Jepsen’s nasally oriented voice to make Good Time a really catchy, fun song. However, it won’t be a good time any longer for Jepsen and Young, because an Alabama based singer laid claims of copyright infringement against them.

Allyson Burnett (no relation to Mark Burnett we assume?) claims her 2010 track “Ah, It’s A Love Song” was ripped off by Young and Jepsen for their collaborative mega-hit. We took it upon ourselves to listen to both of the songs and find out whether Jepsen and Young’s Good Time had any likeness to Allyson’s song. The court documented claim stated, “Defendants’ extensive access to ‘Love Song’ is sufficient to trigger the ‘inverse ration rule,’ whereby a reduced standard of proof of substantial similarity is required when a high degree of access is shown. However, the substantial similarity between the Original Motif and the Copied Motif… is striking under any standard of proof.” Yes, whatever mumbo jumbo that might mean.

Surprisingly, the intros to both songs sound exactly alike. We had to click between YouTube pages to see if we made a mistake and played the wrong video – that is how similar the intros are. However, aside from the cloned intros, nothing about the two songs really stand out as related. Yes, the techno-driven backtrack of Good Time sounds much like the guitar twang backtrack of Allyson’s song, but it is so far apart from one another that it is akin to comparing birds with apples.

Is this all just a massive publicity stunt by Allyson? Or was this an auditory hallucination? Do these songs sound anything alike? We leave it up to you to decide, so let us know in the comments below if you think these songs vaguely resemble one another.