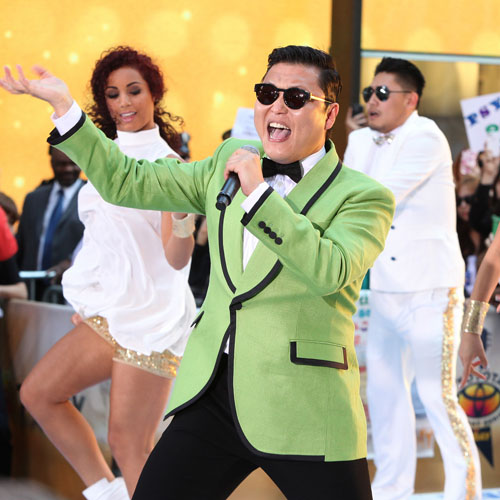 Psy has hinted he has recorded a song with singer Justin Bieber for his debut album. While Gangnam Style is starting to fade from our minds, Psy has been working hard on songs which will be included on his record . His phenomenal hit Gangnam Style  continues to stay on top of the charts in over ten countries has made Psy an overnight sensation, but with all of this fame, people have speculated if the Korean star is just another one hit wonder. Well, by the looks of things, we can tell you right now that his career will go on much further than just having a one hit single.

According to The Sun, Psy is gearing up to release his next track – which features a duet – but it’s still being kept a secret as to who he will be collaborating on the song with. Asked if it may be Justin Bieber, Psy replied: “So, I [am] done with the next track already. I cannot tell you about who it’s gonna be with but I’m working with someone else right now and it’s going to be huge. I’m working on my next album and single, and it has more English so you can get it.

“I feel happy and sorry because when I perform the song they look so happy, but they don’t have any idea what I’m talking about. So we’re gonna have some English in it,” he continued before adding how overwhelmed he was with the success he has had over the summer. “I’ve done this for 12 years in South Korea. I did the exact same thing I did before, and it just happened so what can I say? It’s so great, so great.”

Psy and Justin Bieber are both managed by Scooter Braun, who supposedly came forward with the idea of having the two record a duet together. So, the next record will be called Opa-Gangnam Baby? Ha.