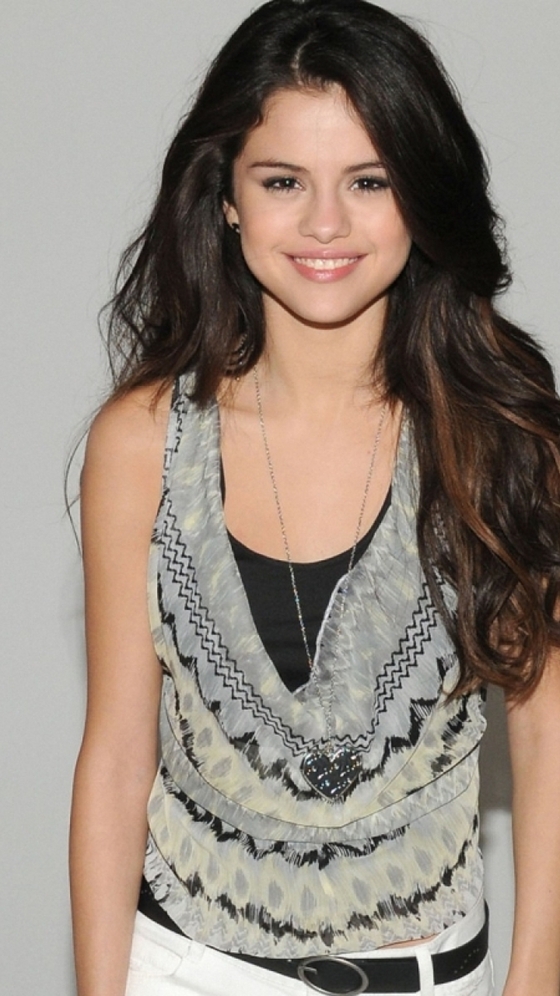 We love Selena Gomez! After splitting with the world’s most eligible (or ineligible? I wouldn’t touch him with a nine and a half foot pole!) pop star Justin Bieber, Selena is holding her head high and acting like the world is at her mercy. The Disney star just finished working on the sequel film to Wizards of Waverly Place and was named Woman of the Year by Glamor magazine. So instead of pulling a Kristen Stewart and skipping the shampoo, donning Justin’s baggy clothes (a la Taylor Swift‘s song Last Kiss), and moping around, she got glammed up and headed out to accept her award!

‘‘I just want to share to all the girls out there that you have a voice, you have a chance to do what you love, whether that is acting or singing. And just being true to who you are,” the 20-year-old singer announced to the crowd. Selena is an abassador for UNICEF, an advocate for animal adoption and compassion, and maintains a good girl image without coming off as preachy or fake. Meanwhile at Camp Bieber, Justin is filling his day with equal parts denial, misery, heartache songs, and desperate Tweets to fans. This weekend he performed Justin Timberlake‘s Cry Me A River, and his tweets took a melancholy turn, including “regardless of what happens i see all of the tweets and all the love you guys are sending me. thank u. love u too.” My favorite, more simple one was, “thanks for believing in me.”

While Beliebers pledge til death, fans of Selena have been reaching out with sympathy, encouragement, and girl power solidarity. I have to admit I’m teen Selena–the hormones of Beliebers will fade, but girl power is forever! Who do you side with? Do you think Selena should show a tear or two? Does Justin need to man up and move on?