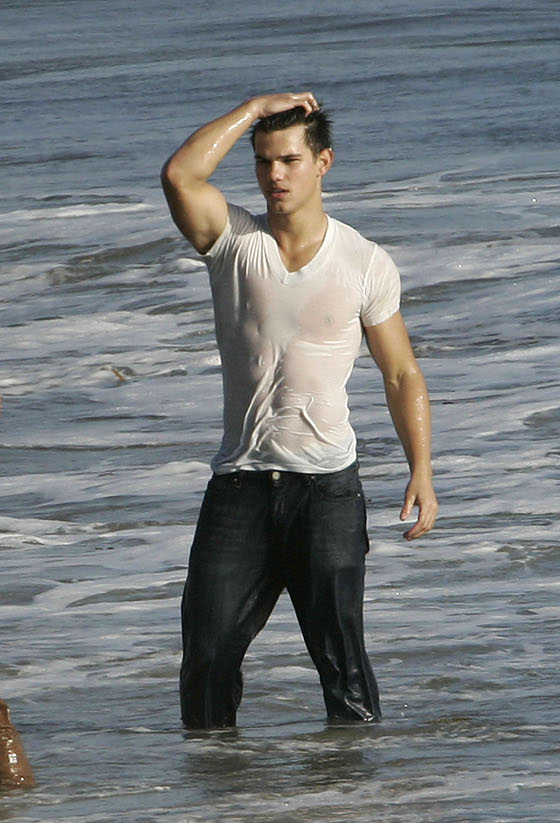 With the release of the final installment in The Twilight Saga just days from release, fans are already starting to stress about where they’ll channel their paranormal obsession this time next week. While I’ve recommended The Mortal Instruments as an alternative, some are hesitant  to move on. Despite silence from the studio and author Stephenie Meyer, rumors about spin off movies and TV shows won’t die, and Ryan Seacrest got Taylor Lautner to talk about the future of werewolf Jacob.

“I know as much as you do. I haven’t heard anything. The only thing I’ve heard is whatever is online and people are talking about. You know, I love this franchise and this character and everybody involved so much, I’d absolutely consider it. I’m still so baffled that I’m able to do this. I never thought I’d be in this position, I owe a ton of it to this franchise. I’m still trying to pinch myself and remind myself this is real. I want to continue to grow and learn as an actor and work with talented people I never thought I’d be able to work with, and just not stop growing because look, I’m still green. I have a ton to learn, and I look forward to that.”

But don’t get upset Twihards! You know how the entire cast of Thor 2 has signed non disclosure agreements–maybe the same thing is going on here! Maybe they’re planning a live action spin off musical, with the full cast touring the country and performing. Maybe there will be a Twilight theme park and a new series about Renesmee and the Amazonian vampires that will air on the CW. Don’t lose hope! The more you ask about it, the more the studio knows how much it’s needed! Do you want the series to end the way Stephenie intended, or would a fresh story be welcome?