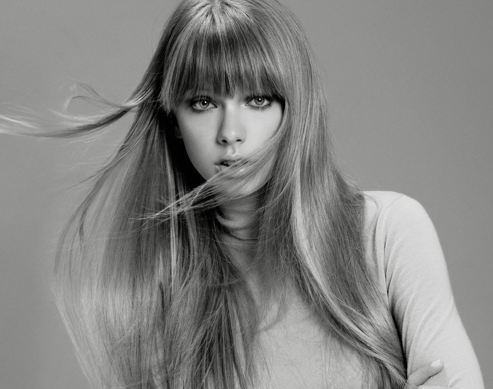 Taylor Swift acts as the cover girl for the December 2012/ January 2013 issue of Harper’s Bazaar. The 22-year-old singer and songwriter opened up to the issue about issues ranging from getting dressed up, to her close celebrity girlfriends.

“I’m in a predicament where I can’t wear a dress twice or else it’s pointed out in magazines. So unfortunately I have to shop for dresses all the time,” the singer dished. Though she makes this sound like a chore, she seems to have fun with it: “There’s just something so feminine about a dress. Whether it’s a summertime dress that makes me feel carefree, an evening cocktail dress that makes me feel fancy or a vintage dress that makes me feel like a ’50s housewife — which I enjoy feeling like, for some reason — I just really like dresses.”

Swift has undergone a lot of scrutiny for not only dating many A-list Hollywood men, but turning many of those relationships into inspiration for hit songs. Swift explains, “Some combinations of people are toxic, you know? You have to find the right one that isn’t just going to explode into fiery ash and destruction.” Swift recently broke up with Conor Kennedy, another relationship which is sure to add fuel to Swift’s songwriting fire. She adds, “Despite all of that and how unpleasant it is, as a writer you get a lot from it. It’s a crazy justification system. You know that guy you really wish you could erase from your memory? But then the answer is track six, eight, 12, and 13.”

And as for her girlfriends? Swift has been known to be close to young stars Selena Gomez, who recently underwent a breakup with Justin Bieber (again), and Emma Stone. While all the girls are ultra-successful in Hollywood, a night together is just like any other girls night. Taylor shares, “We never talk about fashion, about career, about our ambitions or our projects. We just talk about relationships, feelings, love, and boys.”

To see Taylor on the cover and to read her whole interview, check out the December 2012/ January 2013 issue of Harper’s Bazaar on newsstands November 27th.