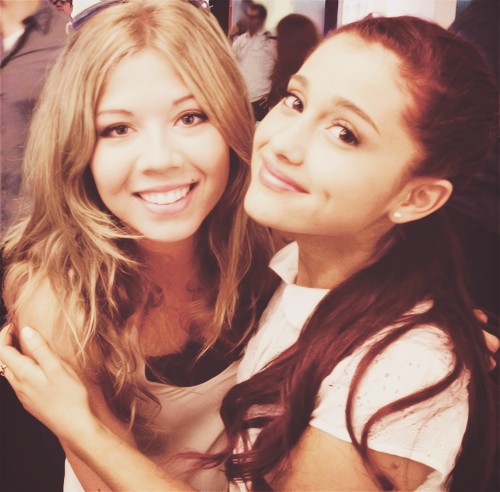 The Nickelodeon  hit series iCarley which starred Miranda Cosgrove ended this month after being on the year for five successful years.

Good news for fans, the powers that be plan to bring it back with a spin-off series called Sam & Cat.  The series will star Jennette MCCurdy who played Miranda’s bestie on the original series.  Also on the show will be Ariana Grande who use to be in the Nickelodeon series Victorious.

Jennette and Ariana will reprise their roles from their series and come together on the series as two friend who start their own business. “Jennette and Ariana are adored by our audience, and it’s great to unite these talented actresses in this hilarious new comedy from Dan Schneider,” said Russell Hicks, president of content development and production at Nickelodeon.

The new show will be called Sam & Cat and Production will begin in January 2013 ahead of a 2013 premiere.